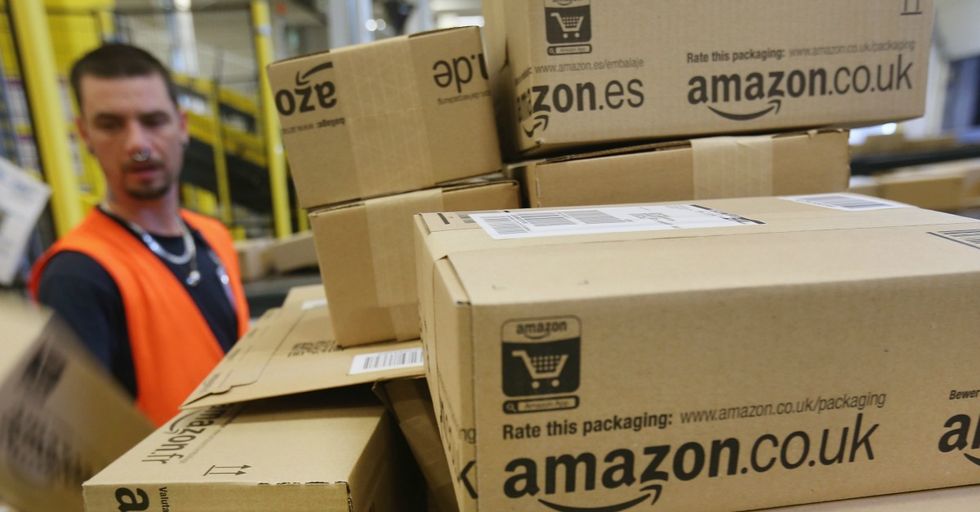 Amazon's New Service Might Be Convenient but It's Also Pretty Creepy

Amazon is taking over the world. The once humble bookselling company has cornered the market on practically every market, and now it's coming for your house.

This week, Amazon announced the Amazon Key, a device that opens your door for couriers so they can drop your stuff inside your house.

Sounds good right? Well it does, until you hear the details.

For starters, the Amazon Key is only available to people with Prime memberships, which run $99 yearly – and you have to shell out an additional $249 for the kit, which includes a camera – the Amazon Cloud Cam – as well as a smart lock.

Theoretically, the process for getting a delivery is simple.

A designated courier comes to your front door, rings your doorbell, and scans your package. If everything is cool, the Cloud Cam turns on, you get an email, and you can watch from the safety of your wherever as the courier delivers the package and gets the hell out. Sounds great, right?

Wrong! We can think of a thousand things that can go wrong. For starters, having the Amazon Cloud Cam means Amazon is intimately familiar with your comings and goings.

Amazon says it'll only turn the camera on when a courier comes by, but theoretically, Amazon would know "a lot more about [people's] lives and habits, like when they leave the house in the morning, how often they go on vacation, and when they get back from work at night." This is according to the Verge, which did an article on the subject.

And say, by some miracle of corporate morality Amazon doesn't use the camera it positioned in your house to spy on you, there are still a few other opportunities to go sideways.

For one – and this is pure speculation, mind you – any person wishing to do harm could grab your package and your courier's credentials and use it to enter your home. That is, of course, assuming your courier isn't already some crazy stalker-killer out to make a blouse from your skin.

That too graphic and violent for you? Say, for instance, you tend to associate with shady individuals, through *ahem* no fault of your own. Cough, cough.

Maybe you involve yourself in a little light crime. Doesn't matter that you didn't know cousin Bobby was a member of the Italian mafia with ties to Al-Qaeda and the Yakuza – the government could theoretically subpoena the handy camera you have pointed at your door and pin you as a crazy multi-national gangster with terrorist ties. Just sayin'.

"You're totally reaching!" you protest, and maybe, we are.

But the long and short of it is there's so many things that could go wrong with the Amazon Key, we certainly won't let it into our house. The question is, will you?