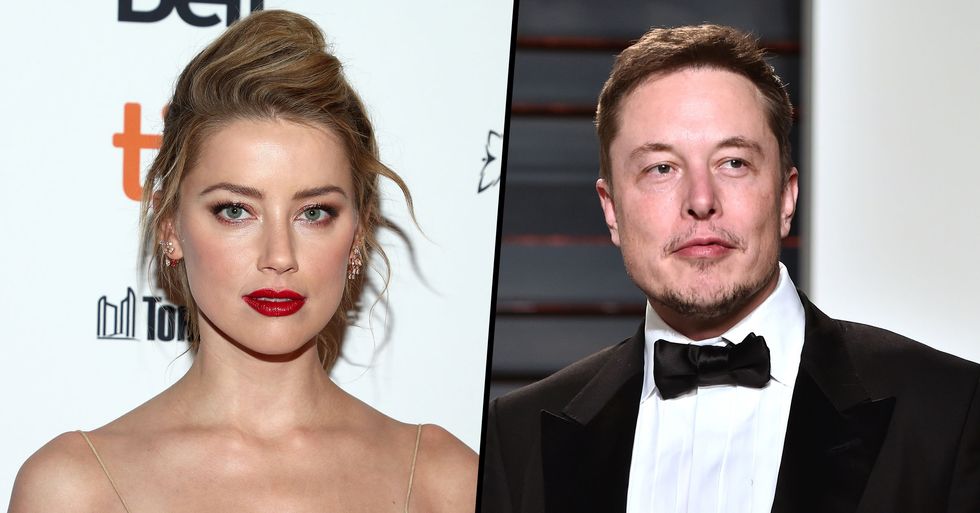 Johnny Depp has been through an incredibly difficult couple of years. The ongoing conflict with his former partner Amber Heard has gripped the world as lies and deception seem to be the main source of energy fuelling the conflict between the two.

But now, there's been an addition to the scandal and yes, Elon Musk, who recently became a father, has found himself caught up in the mess after Depp's lawyer exposed some texts that suggest Heard had broken Musk's heart.

Keep scrolling to see all the evidence.

We've been invested in this story right from the start.

Apart from being the ultimate proof that social standards unfairly favor domestic violence against women, this scandal has uplifted some other inappropriate scenes we never expected to see...

It's really has been a turbulent couple of years for Johnny Depp.

But it seems as though there's so much more to the story...

The latest person to be dragged into the scandal is none other than multi-millionaire "Rocketman", Elon Musk. Brace yourselves for this one ladies and gentlemen...

This was previously thought to be a dream coupling.

In which she claimed was a result of him throwing his phone at her. But as texts have now revealed, there's more to that incident than we all thought. Read on to see the newly exposed text messages.

And the recent court evidence has been even more difficult to stomach.

Disgusting photographs showing both parties in compromising situations has led to this case being scrutinized by the masses. It seems as if they are willing to play it as dirty as they can in order to prove themselves as innocent.

But just to crank things up a notch, Depp's lawyer exposed some texts.

Adam Waldman used his Twitter account to release transcripts of "flirty" texts exchanged between Heard and billionaire Elon Musk, dated 2016, on a Sunday that was a suspected weekend wherein Heard claimed Depp had abused her.

The texts revealed that Heard and Musk had been in contact multiple times prior to this exchange.

At one point, Musk, who is saved as "Rocketman", asks about the alleged abuse and she says it's "irrelevant." They then go onto discuss 24/7 security which Musk says he will provide for her "confidentially."

Later on, it seems as though they discuss why they had to stop talking to each other.

And this is where Musk insinuates he'd like to stay in contact with her despite their current arrangement. She then tells him to ring her because there are things she can't discuss "over text."

What we're so confused about is why Elon Musk seems so heartbroken after Amber Heard ghosted him...

Was he trying to pursue her? Is that why she took a step back and didn't reply to him?

These texts suggest that deeper feelings were definitely involved.

It's the way Musk says: "The radio silence hurt a lot." Heard's silence clearly affected him a lot more than she thought it would. And the fact that he goes on to clarify that he "really liked" her. I don't know about you guys, but everyone else is pretty hooked on these messages.

Keep scrolling to see how other celebrities have been affected by the pressure of having such a public scandal...