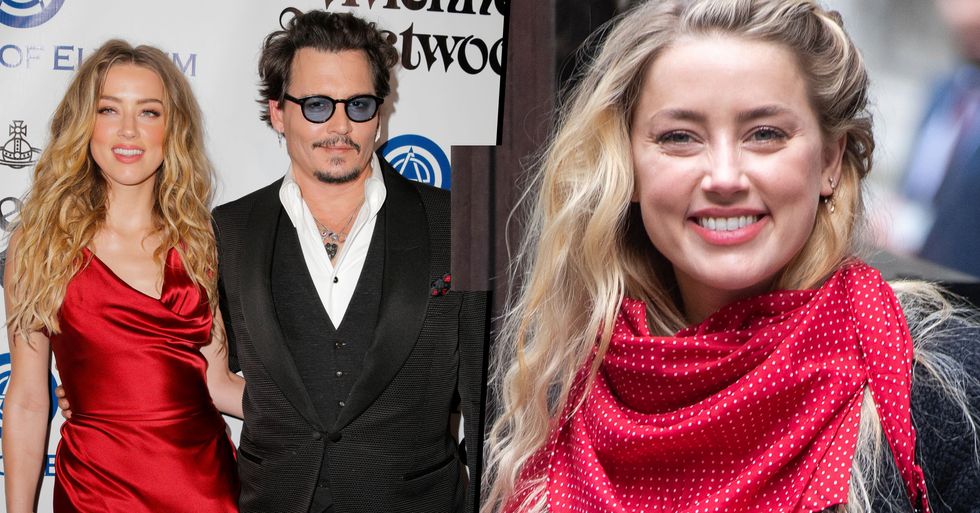 Over the past few weeks, Johnny Depp and Amber Heard have been in court for his libel case against The Sun newspaper and let me tell you, it's been a wild ride.

Amber Heard might have just shot herself in the foot here...

After posting a very controversial photo on her Instagram story, she has set the internet up in flames with many people claiming the exact same thing.

Her posts allegedly suggest that she doesn't really care about the current mess she's in.

And added to other incidents that have occurred recently, Johnny Depp's support system has drastically boosted.

It's really been a turbulent couple of years for him.

At first, this coupling seemed to be at the start of a promising relationship.

While in court, both parties have played this pretty dirty, revealing compromising photographs of each other which have blown everything out of the water, yet again. And of course with the evidence came more allegations.

But things have recently gotten even worse... but more so for Heard.

After pictures of Johnny Depp emerged leaving court with bouquets of slowers in his hands while waving to a whole bunch of supporters that were expressing support for him, Heard seemed to want a slice of the action.

So she took to her social media to post what has been deemed a "desperate" photograph of herself.

Wait until you see the post... It's pretty shocking given the circumstances.

And it certainly left a sour taste in everyone's mouths...

This user thought it was pretty tasteless...

And everyone else in the comments seemed to agree...

I don't know how good this is going to look for her credibility.

This user referred to it as "pathetic."

@sunflxwervolsix Not even the same card, so I guess she lost it or didn't even care and then makes another just for… https://t.co/G3NdWk8aVW
— Lore Pontón (@Lore Pontón)1595454215.0

And even called into question if it was staged.

As did many other social media users...

Others were wondering why she was taking the time to "brag" about it?

Subtlety is not her forte, clearly.

And then her respect for the British judicial system got called into question.

This is not the way to earn the support she needs.

A lot of Brits were offended at her decision.

It was such a risky move and definitely did not pay off.

I can't lie, I was pretty shocked when I saw the post...

However, this user claimed she "laughed" when she saw it.

Here is the photograph in question:

On the note, supposedly written by a fan called "Rebecca", we can see that it expresses their support for Heard.

"Amber, I'm here today in the name of all your fans to remind you that we stand with you always! You have a lot of REAL people rooting for you, for your health and happiness. Don't you forget that." The emphasis on "real" is so strange, but okay, if that's how you want to play it, go ahead. Keep tuned for more updates on this turbulent case.