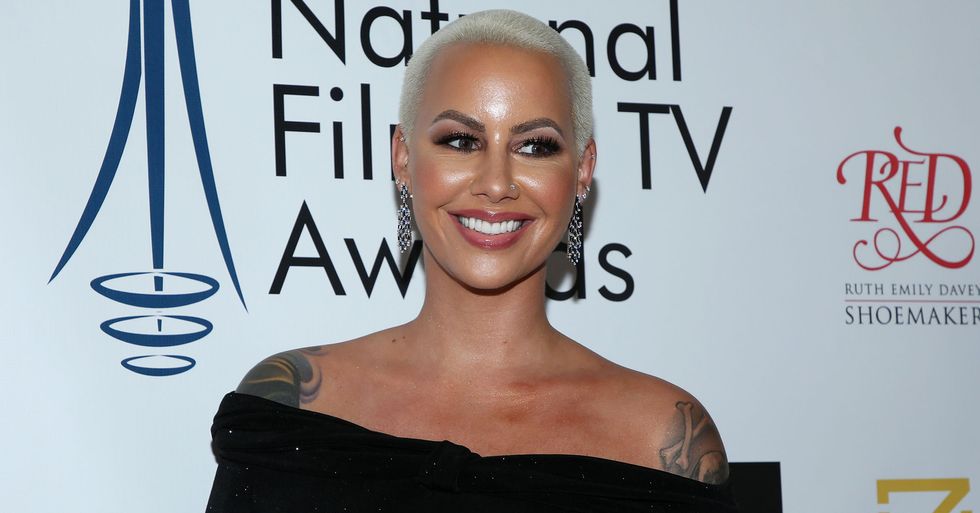 Tributes have been pouring in from both fans and fellow celebrities. But the tragic incident seems to have a profound effect on model, Amber Rose, inspiring her to get a controversial new inking.

Keep scrolling to see for yourself.

A host of other sports personalities sent their condolences to the family.

The tragedy appears to have had a profound effect on model, Amber Rose.

During an appearance on Fox Soul’s One on One with Keysha Cole, Amber discussed the star's tragic death.

She said Kobe's death made her realize how short life is.

And that it inspired her to "live without regrets."

So, the model decided to put her new outlook into action...

And got a face tattoo. Keep scrolling to take a look.

"I gotta be honest. And I don’t want this to sounds corny or whatever. After Kobe died… it made me reflect on my life. And I don’t want people to be like: ‘Oh Kobe died and you went and got a tattoo.’ But it was kind of like that. "My dad had cancer when he was like 40. And he went through remission and he’s good, but he almost died and I’m 36 and I was like I’ve been wanting this tattoo for a long time. And I was like: ‘Life is so short,’ just do it. Just live your best life. It’s just like – with no regrets. That’s just how I felt and I’m happy I did it."

And she's received some major backlash.

"Dumbest tattoo you could of done," wrote one baffled user.

Her new tat is of the words Bash and Slash, which are names of her children.

Rest in peace to Kobe and Gianna Bryant as well as the rest of the victims involved in the crash. The Altobelli family, who also died in the tragic crash, have been remembered in a memorial service. Keep scrolling to read the full story.