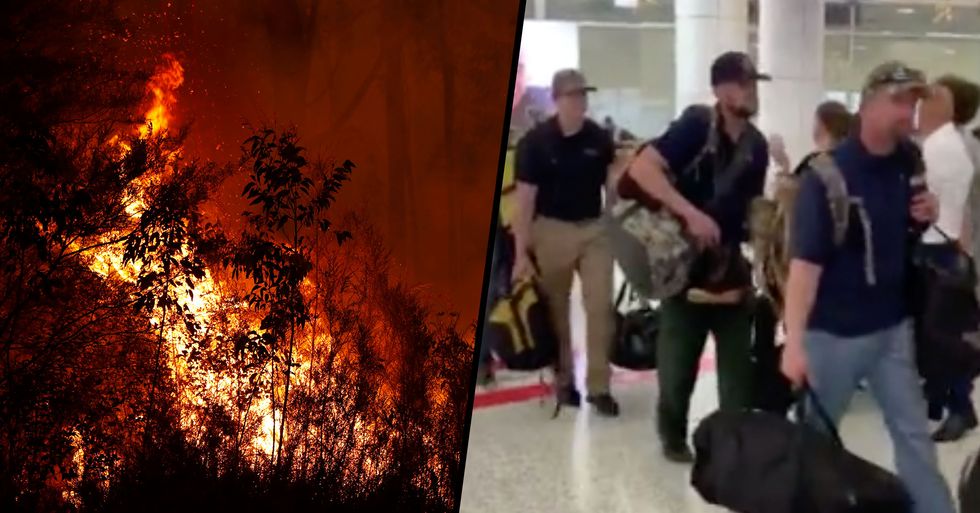 American Firefighters Greeted With Applause as They Arrive in Australia

Keep scrolling to see the clip of the incredible reaction to the American firefighters arriving at the airport...

This week, as firefighters from the U.S. arrived at Sydney airport, everyone had an amazing reaction to the team's arrival.

Let's just hope that all of the hard work and efforts of these amazing volunteers will eventually start to pay off. Keep scrolling to check out the pictures that truly sum up how devasting the bushfire crisis is. This is utterly harrowing...