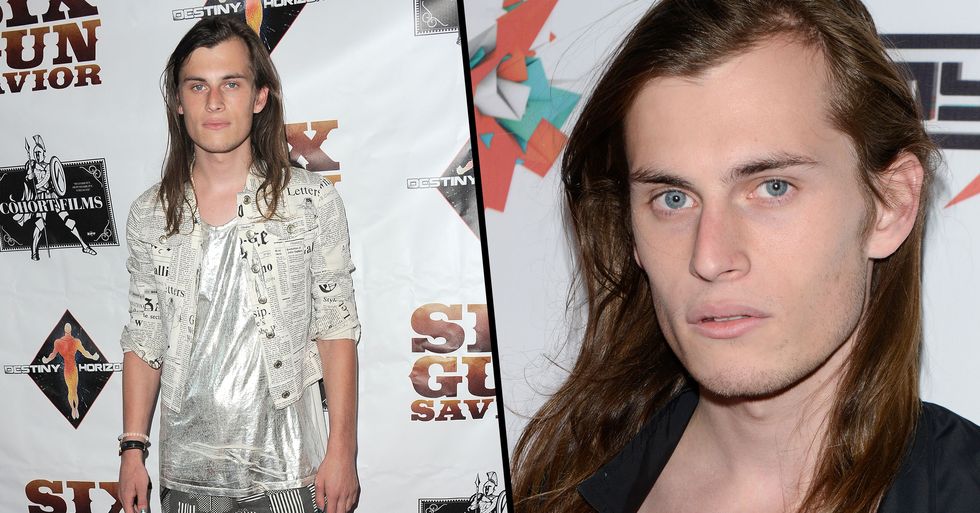 The showbiz world has been left shaken this morning over the sudden death of American Horror Story star, Harry Hains. He was just twenty-seven-years-old.

Model and actor, Harry Hains, has tragically passed away.

The star was best known for his role in FX's hit series, American Horror Story.

The star was born on December 4, 1992 in Melbourne, Australia.

He then moved to the States, eventually moving to LA to pursue an acting career.

He had a number of acting jobs under his belt...

Including a role in Netflix's The OA.

He was awarded a role in the renowned series American Horror Story.

The star had previously opened up about identifying as gender fluid.

In an interview with Boys By Girls in 2019, the star explained: "I know that I am born male but I don't think I represent what it means to be a man. I believe we should be whatever we want."

He explained that his family were "very open and accepting."

"I believe we should be whatever we want. It gets kind of confusing when we start labeling ourselves so I try to stay away from labels. "I grew up in Melbourne and I had a very open and accepting family. Dating someone of either sex didn't make a difference to me."

The star had posted on Instagram just days before he died.

And it's utterly heartbreaking.

"TO 2020!×××The NEW ERA has already begun // So let's all keep only moving forward, staying so present to enjoy each & every moment throughout this beautiful new BEGINNING - HAPPY N3W YEAR peeeeps," he wrote. " SO MUCH LOVE & GRATITUDE FOR ALL IN MY LIFE."

He featured in Hotel, which received much critical acclaim.

The star passed away suddenly on January 7.

The devastating news was confirmed by an Instagram post written by his mom, Neighbours actress, Jane Badler.

Fans have been left shaken by the news.

People are in utter shock by his sudden passing.

"how could this happen."

It's truly tragic that we've lost such a wonderful talent so young.

And many have echoed this on social media.

Actress, Devanny Pinn, shared her love for Hains on Twitter.

Many are shocked by the news of a star passing at such a young age.

The news is truly devastating.

Many have been contacting Hains' mom to offer their condolences.

John Stamos was among those paying tribute.

"Harry truly was one of the brightest, most charismatic, charming guys I’ve ever met."

In her Instagram post, Hains' mom revealed that her son had been struggling in the weeks leading up to his untimely death.

While she didn't reveal his cause of death, she did say that he had been battling addiction and mental illness.

"But sadly he struggled with mental illness and addiction."

"A brilliant spark shone bright too short a time."

Heartbreaking. R.I.P Harry Hains. So devastating that we are going into the new year with this news. For more on stars who passed away last year, keep scrolling.