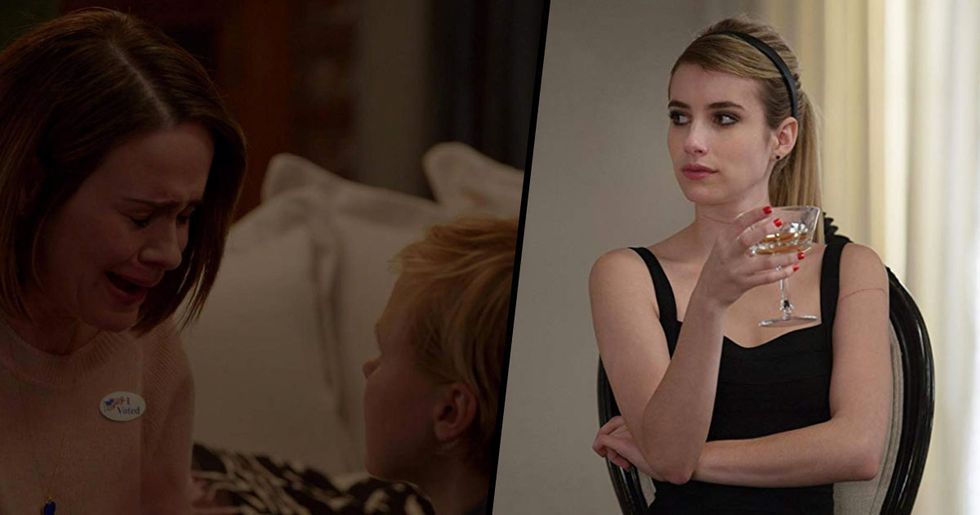 The anthology horror series is currently airing its '80s slasher-themed ninth season, American Horror Story: 1984, and while many fans firmly believe the first 3 seasons have remained the best, it's still retained a significant viewership.

Those who are worrying that we may be seeing the end of AHS needn't worry, as co-creator, Ryan Murphy, has said the franchise could go on to season twenty. Yep. Twenty.

Keep scrolling to learn more about what he had to say about the future of the show.

The horror anthology series kicked off with its aptly named first season "Murder House," which propelled the show to global small-screen stardom. The show is also famous for its star-studded ensemble cast, including legend, Jessica Lange, Evan Peters, Sarah Paulson, and Emma Roberts.

Although, arguably, in recent years, the show has lost its flare.

Nine seasons is a lot as it is, but Murphy believes there's still more horror-related content the franchise can churn out.

So much so, he believes AHS could keep going for up to twenty seasons.

Murphy explained that season 6, named "Roanoke," of the popular show was the moment he realized the series could go on for much longer than he thought. "This was the season that made me think 'OK, this show can go for 20 years.' Because we can keep playing with the format, the form.
"It proved to me we didn't have to have every season be a grand spectacle. We could be raw and rough and verité. It reinvigorated me in some way, after the operas we had done. This felt like an independent film approach. It felt like, Ok...season 20? Bring it on."

"American Horror Story: 1984" is currently airing on FOX. In the meantime, if you're looking for something else to give you your horror fix, keep scrolling to check out the new horror movies that have hit Netflix in the lead up to Halloween.