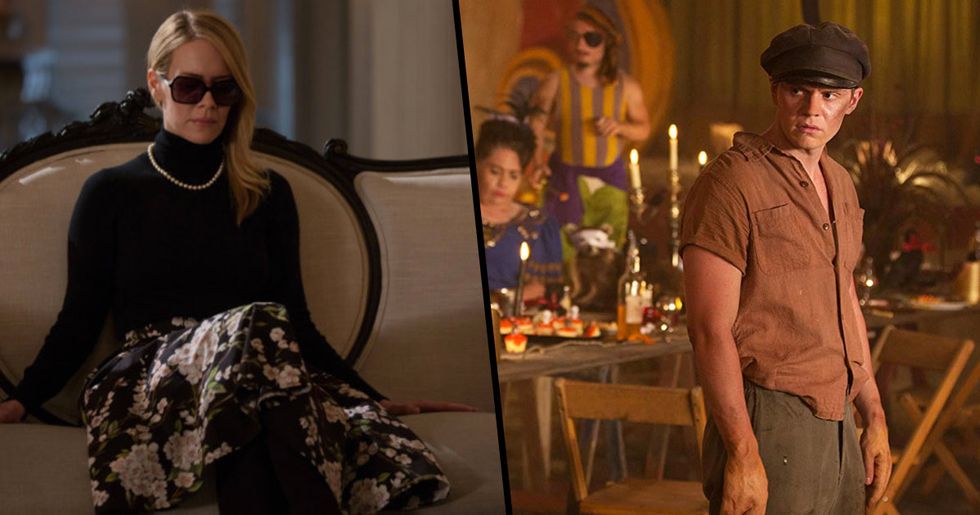 The anthology horror series is currently airing its '80s slasher-themed ninth season, American Horror Story: 1984, and while many fans firmly believe the first 3 seasons have remained the best, it's still retained a significant viewership.

One of the main hooks of the series was its star-studded cast. The likes of Jessica Lange, Sarah Paulson, and Evan Peters had become the faces of the franchise, and, as they slowly dropped off, it left fans feeling pretty disappointed. Let's be honest, AHS without Jessica Lange has truly not been the same.

Season 10 is already in the works, and with the prospect of it being the show's last, Murphy has been pulling out all the stops to ensure fan-favorite actors return to screens for one last hurrah.

Next year, the show will reach its tenth season.

Back in 2015, Jessica Lange announced that she wouldn't be returning for the show's fifth season, and Evan Peters and Sarah Paulson were notably absent from this year's slasher-themed season.

But the news is bittersweet...

One person, however, who won't be making a comeback is Jessica Lange. Speaking about the possibility of her returning to the hit series, the legend told The Wrap that it's "very unlikely." "I think a lot of the actors that I was working with, people that I really love working with, like Sarah [Paulson] or Frances [Conroy] or Kathy [Bates] - I don't know who's in this new season, but I don't think it would be the same." Okay, so we have to admit, we're very disappointed that she likely won't be returning. After all, the show has never really been the same since she departed. Either-way, we look forward to seeing who Murphy manages to bring back.