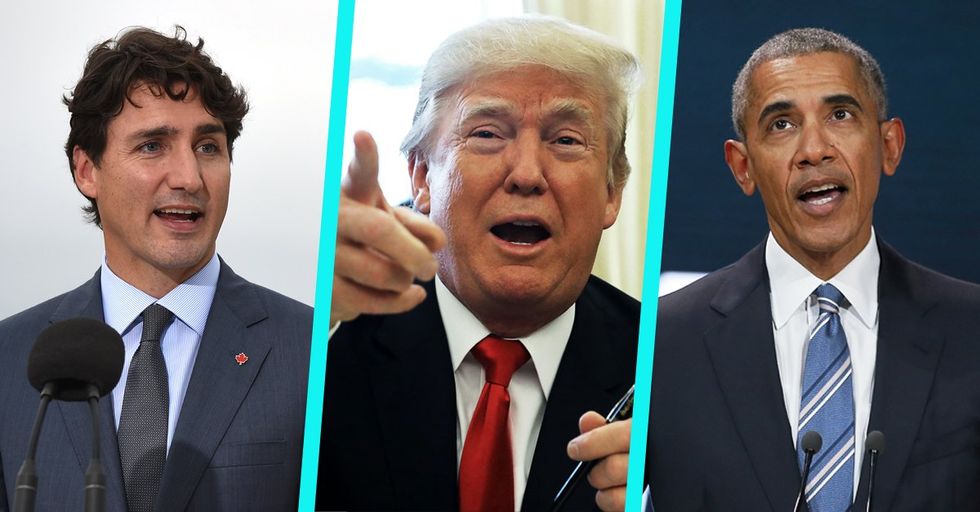 America Has Chosen Its 'Most Admired Man,' and It's Definitely Going to Make Some People Angry

Every single year, Gallup, the polling institution, surveys the American public to find out who the "Most Admired" men and women are. It's a mostly fluffy poll, only based on the personal opinions of the people asked.

There's no science behind it or anything — it's just another way to keep a pulse on how people are thinking in society today. And we're really only talking about the "Most Admired Man" poll for 2017 because Donald Trump didn't win, and the person who did is guaranteed to make him start steaming from the ears.

In 58 of those instances, the incumbent president has won the honor. Not so in good ol' 2017. Trump came in second place, which is almost worse than not placing at all. Who beat him out?

This year's poll was based on telephone interviews that were conducted between December 4 and 11. The sample was 1,049 people 18 or older living in all 50 states. Hillary Clinton was voted the Most Admired Woman for the 16th year in a row. She has been voted Most Admired Woman for a record total of 22 times.

Michelle Obama was a close second to Clinton for Most Admired Woman.

Oprah Winfrey came in third, Elizabeth Warren in fourth, and Germany's Chancellor Angela Merkel was behind her. Melania Trump, our current first lady, was way down in 8th place.

Donald Trump joins a short list of incumbent presidents who didn't place first in the "Most Admired Man" survey.

The others on that list are Harry Truman, Lyndon B. Johnson, Richard Nixon, Gerald Ford, Jimmy Carter, and George W. Bush. All but Truman and Ford had job approval ratings well below 50 percent.

Donald Trump is a man who simply cannot compute the idea that people don't love him. And who's the one person he would hate to beat him in a poll more than anyone? The guy Trump has worked so hard to discredit? The man whose progress is systematically being dismantled every day by an orange toddler who is probably secretly incredibly jealous of him?

Why, Barack Obama, of course!

There you have it, Trump! You are second to the one and only Barack Obama.

The very same Barack Obama who is BFFs with Prince Harry and will probably get invited to his wedding over you.

The very same Barack Obama who's been saying, "Merry Christmas!" for years even though Trump claims he saved us from a "war on Christmas."

Obama has now been named the Most Admired Man 10 times. The only man who's won this title more is Dwight D. Eisenhower, who won it 12 times.

Obama won the honor all eight years of his presidency, plus 2008, the year he was elected, and this year.

The guy hasn't been president for a year and we love him more than the current president. That says something.

While Obama's standing is "more tenuous" than it has been in the past, we can't imagine Trump will win the honor next year unless he does literally the opposite of everything he did in 2017.

And frankly, we don't see that happening. The reason Obama won with only 17 percent of the vote is a little sad, and quite indicative of where we are today. According to Gallup News, "A quarter of Americans cannot name a man or a woman they admire most."
20%