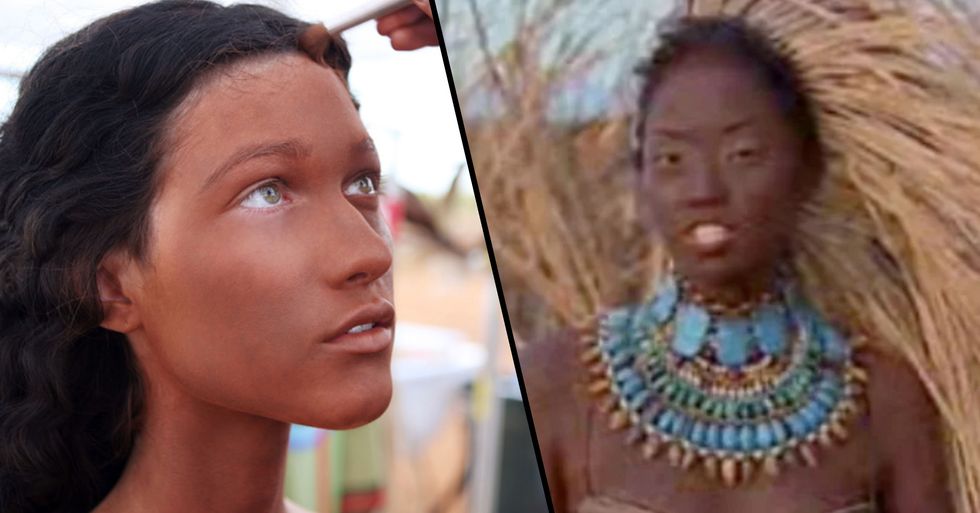 Tyra Banks was America's original top model. She was seen as sassy, intelligent, a great businesswoman, and absolutely gorgeous on top of everything else. Tyra made waves in the modeling industry by breaking barriers and shattering standards that other models are held to. She holds nothing back and always stays fierce.

But it seems the star is under fire on social media - thank to some very questionable content from America's Next Top Model.

It all started when Tyra Banks only 15 years old.

You may remember her from the Disney Channel original movie, 'Life Size.'

She played a real-life Barbie doll in this movie and she absolutely nailed her role. This movie was way ahead of its time and if you haven't seen it, you're truly missing out on an incredibly adorable movie.

I mean, this movie is timeless.

Lindsay Lohan was in her prime, these two were a match made in movie heaven.

How could you forget 'America's Next Top Model'?

America's Next Top Model, or ANTM, was created by Tyra in 2003. She was the executive producer and hosted the show for dozens of seasons.

Or maybe you remember her famous freak out.

I still cower in fear hearing Tyra yell at this model. If you learned anything from this, it was to never disrespect Tyra because she will drag you in front of the entire world.

Or THIS epic moment.

But fans have been rewatching ANTM.

In fact, there are multiple aspects people have taken issue with.

The way the show dealt with identity politics has been particularly highlighted.

With many ex-fans sharing these problematic clips.

The show also had a questionable relationship with race.

But these photos have made people particularly angry.

Wait wait wait. We must talk about this as well. Tyra was out here normalizing Blackface. How is this woman not can… https://t.co/xhBNF8IrLm
— Michaela Pratt (@Michaela Pratt)1588690605.0

It seems Tyra had a penchant for blackface during the photoshoots.

Alongside blackface, Tyra made some other questionable choices.

Including a theme of "sexy murder victims." Uhm. what?

Oh, and let's not forget this.

Thinking about how Tyra banks made a girl on ANTM do a photoshoot in a graveyard the day after her childhood best friend died
— neev murpy (@neev murpy)1588591783.0

Can we say PTSD?

ANTM has also been criticized for being wildly fatphobic.

While everyone is chatting about ANTM....can we discuss how Tyra also Fat shamed Keenyah and made her be a elephant… https://t.co/FQLc1CfM2T
— Jelly Rolland (@Jelly Rolland)1588702291.0

It seems this modeling-based reality show may actually have been one of the most offensive shows on TV!

Want to learn about how another favorite TV show of the past is wildly problematic? Scroll on for all the biggest problems with Friends.