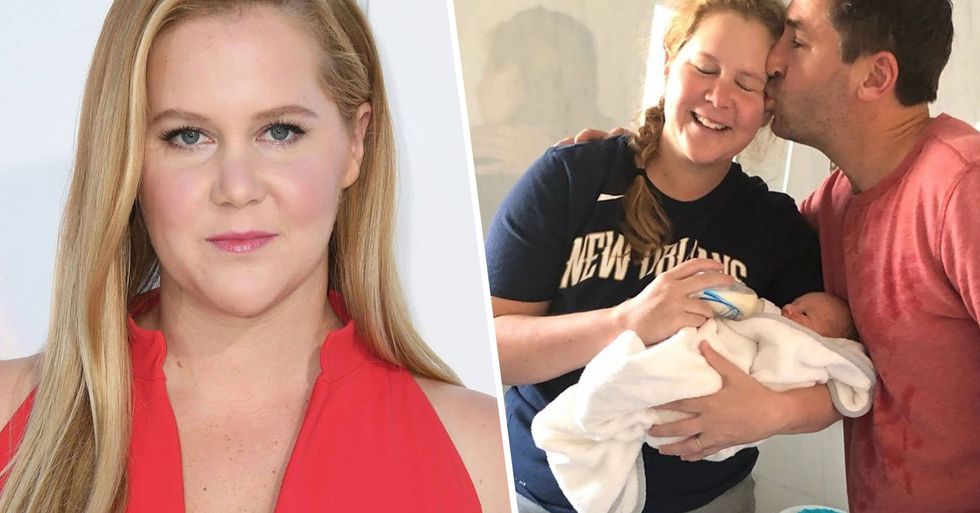 Naming your baby is always a big deal, but when it came to Amy Schumer's son, it seems a massive blunder was made.

Now, the comedian has revealed that she has changed her son's name after realizing it sounded like a medical term, shall we say. Keep scrolling to find out what his new name is...

As you probably guessed...

Her principles quickly take a u-turn after a meeting with a sports doctor.

The issue is a personal one for Amy.

She later spoke out about the tragic incident:

“I’ve thought about these victims each day since the tragedy," Schumer said. [The shooter] shouldn’t have been able to put his hand on a gun in the first place," the star said, according to Biography.

Amy has also been in the headlines for her relationship.

The couple tied the knot in a private ceremony in Malibu...

In 2018, Amy announced she was expecting her first child.

The pair announced they were expecting their first child on October 22, 2018.

We're sure many parents can relate...

It's great to see someone showcasing what being a mom is really like.

This one gets us everytime.

Now, when it comes to celebrity baby names...

They can often be on the more... unique side, shall we say.

And there are many weird and wonderful names celebrities have called their kids.

What about Cameron Diaz's daughter?

"Raddix" is definitely an unusual choice for a name.

With his middle name acting as a tribute to their comic friend, Dave Attell.

The thirty-eight-year-old spoke about her son's name on her podcast, 3 Girls, 1 Keith|...