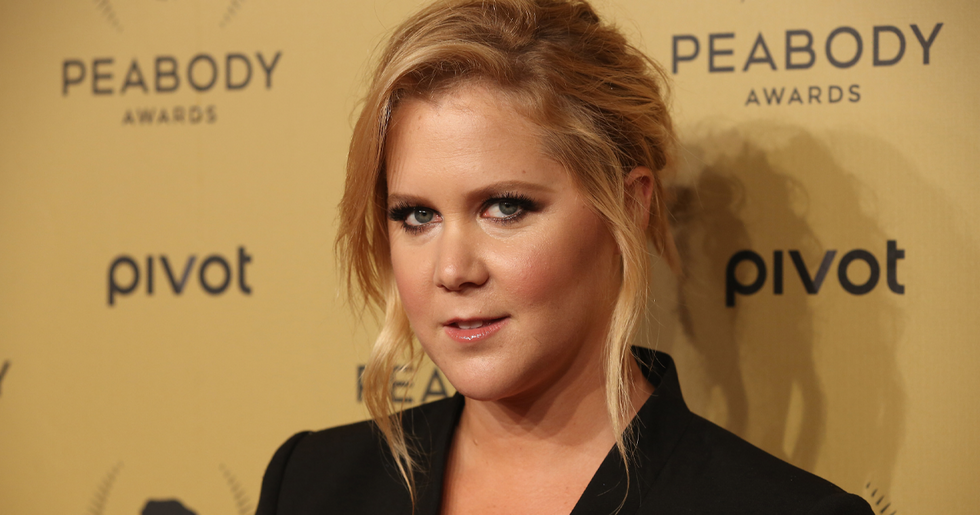 Amy Schumer has left her fans in hysterics after posting a very real picture on Instagram of her squatting outside of her car to use the toilet.

Just when we thought we couldn't love this woman any more...

We all know and love Amy Schumer for her wicked sense of humor.

Her first comedy special, titled Mostly Sex Stuff, truly propelled her into comedy stardom. This lead to Inside Amy Schumer in 2013 - which became one of the most talked-about shows in comedy.

But it was soon realized that the baby's name sounded like something rather crude...

The star soon found herself pointing out the fact that her son's name sounded like the medical term for your private parts.

Amy was able to laugh about the bizarre situation...

And in classic Amy Schumer fashion, she just turned the whole thing into one big joke.

She's not one to shy away from making fun of herself...

And she also doesn't seem to embarrass as easily as us normal folk do.

Which has left fans utterly delighted, to say the least!

Amy was on a road trip recently...

And she decided to take a photo as she squatted on the side of the road to answer the call of Mother Nature.

Fans loved the realness of the photo...

Because who hasn't had to squat at the side of the road during a road trip?

And women can now relieve themselves on the side of the road just as men can!

Some fans had some recommendations for Amy...

And it's clear that some women are very experienced when it comes to using the side of a road as a toilet!

And we absolutely love it, we must say... You keep being you, Amy!