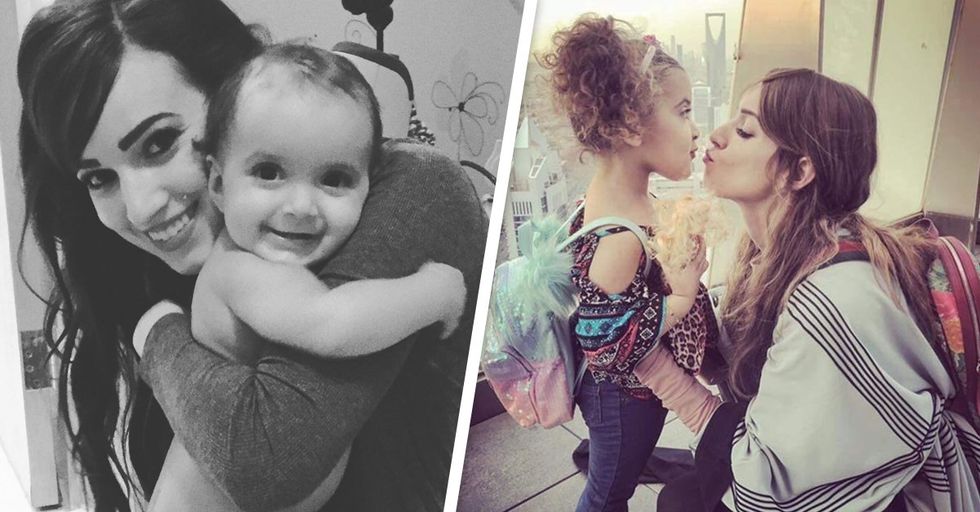 In 2017, Saudi Arabia made headlines when its government decided to finally allow female citizens to legally drive. While many local conservative groups resisted the ruling, the move was a part of a new era of liberation Crown Prince Mohammed bin Salman has promised to usher in as he modernizes the locale.

Despite this symbol of progress, women in Saudi Arabia are still forced to navigate a life burdened by a number of oppressive restrictions. The Kingdom of Saudi Arabia operates under a strict designation of Islamic law called "Wahhabism" that forces its female citizens to live a life of subservience to their male "guardians." Women must obtain guardian permission to work, travel, get married, get divorced, sign contracts, or perform any major activity. Well into adulthood, Saudi Arabian women are essentially considered minors.

The strict laws also make it virtually impossible to escape circumstances of domestic or sexual abuse, and even non-native women living in Saudi Arabia are subject to these restrictions. After marrying a Saudi Arabian man, one American woman became trapped within the oppressive system.

All female citizens have an official male guardian, or “wali." This can be a father, husband, brother, uncle, or even their own son.

In January, Rahaf al-Qunun, a Saudi teen, went viral when she attempted to leave her oppressive home.

She made her escape to Thailand while her family was on vacation.

Few are able to successfully leave the confines of Saudi rule.

Women attempting to escape face great legal danger, and the potential of violence from their families should they be forced to return.

Many remain trapped in the system.

Even women not native to Saudi Arabia are subject to its unequal gender laws.

Bethany Vierra, an American woman from Washington state, is currently stuck fighting for her freedom in Saudi Arabia.

An American has been trapped in Saudi Arabia since she divorced her husband because of a combination of residency a… https://t.co/SKaOlDHrK8
— The New York Times (@The New York Times)1551786306.0

According to her cousin, Nicole Carroll, Vierra moved to the country as a graduate student in 2011 to take a teaching position at a women’s university.

The move became more permanent when Vierra met and fell for a local Saudi businessman.

The two seemed to hold the same ideals and ambitions, and by 2013 they were marrying in Portugal surrounded by friends and family.

The couple soon had a daughter, Zaina.

But the relationship became unstable. Vierra’s husband grew aggressive and verbally abusive, scaring the woman and her young daughter.

Eventually, Vierra asked for a divorce.

Men in Saudi Arabia can easily divorce their wives with just a few words, but he would not grant her the separation for over a year.

According to the Islamic Shariah-based Saudi law, a woman can only request a legal divorce if her husband is not fulfilling his required duties.

Vierra was ultimately granted a legal separation by a judge on the grounds of her husband’s abusive nature.

But the country’s guardianship laws meant that Vierra’s husband still maintains control over her and Zaina.

The man, whose name has not been publicized by the family for fear of further retribution against Vierra, remained in charge of virtually every aspect of his ex-wife and daughter’s lives.

The man is leveraging his control to prevent Vierra from traveling, so she cannot return home or see her family.

A new Saudi enables women in Vierra’s position to obtain residency through parenthood of a Saudi citizen, which Vierra has through Zaina.

Unfortunately, the law cannot help Vierra, as the documents need to be approved by her ex-husband. He has refused.

Even if Vierra could escape, she would likely be leaving her daughter behind.

An American woman has been trapped in Saudi Arabia with her 4-year-old daughter because her ex-husband still has 'g… https://t.co/Cge2KcNB4O
— EdwardLopez (@EdwardLopez)1551912011.0

Zaina is technically a dual Saudi-American citizen, but the Saudi government still considers her under the guardianship of her father who will not grant her permission to leave.

Carroll said that the family was speaking out publicly on Vierra’s situation to try and find a solution.

Vierra is out of options and facing a dangerous outcome without support in the oppressive system.

Vierra is just one of many women in Saudi Arabia living under restrictive laws.

The controlling system has been streamlined by a state-run app called “Absher."

Absher can be loosely translated as "at your service" or "your request is granted."

The Absher platform includes a list of all Saudi Arabian citizens and allows men to control the women as their designated guardians.

Absher oppresses women at the push of a button.

Google is under criticism for human rights violations by refusing to remove a Saudi government app that allows men… https://t.co/tHdufXpI22
— Lauren (@Lauren)1551891127.0

Men can grant or revoke their female dependents’ rights with just a few clicks, including where they can travel.

If a woman attempts to act against her designated permissions, her male guardian is notified.

Men receive automatic SMS messages whenever the women they control use their passports or cross a border.

Even if a woman were able to escape, Absher makes her easy to trace.

The alert system catches many women attempting to flee the country, as it tips of guardians and local authorities.

But not with the same permissions as male guardians. Female use of the app is limited to simple bureaucratic tasks

Some Saudis have spoken out against the app as an invasion of human rights, and a huge step back for gender equality. But the app remains commonplace in the country.

Some women have made attempts to work within the app to escape.

Google insists it will continue to make the Saudi government's Absher app available in its app store even though it… https://t.co/c5zYJmHfeO
— Kenneth Roth (@Kenneth Roth)1551628241.0

A few Saudi women have gained freedom by stealing their guardian’s phone and resetting the password to give themselves access and permission to leave through the app.

An estimated 1,000 women attempt to leave Saudi Arabia every year.

Most are caught as a result of Absher, and likely face violent consequences for their attempted escapes.

Even with such a glaring systematized abuse of women, Saudi ruler Crown Prince Mohammed bin Salman claims he is making the country more progressive.

New driving privileges and the introduction of female ambassadors like Reema bint Bandar bin Sultan are among a few strides toward gender equity.

Prince Mohammed says he believes men and women are equal.

However, he does not want to disrupt Saudi culture by disbanding guardianship laws altogether.

With thousands of women attempting escapes, it’s clear the country needs a change.

The country’s laws are inarguably unequal and are being further enforced by new technological systems.

The woman currently has no viable exit, and risks losing her daughter should she find a way out.