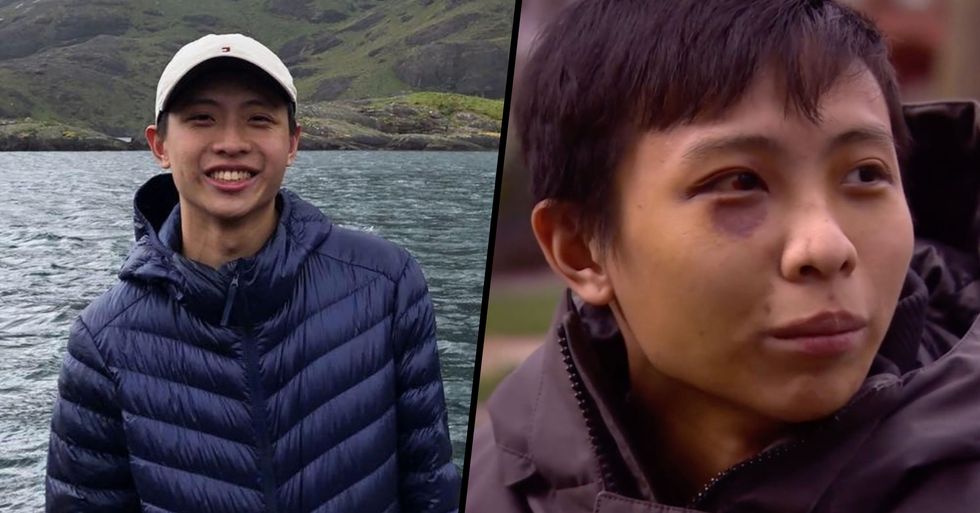 It has been spreading at an alarming rate since it was first discovered in China a few months ago, and thousands of people globally have now died from the deadly virus.

Of course, the world is in a mass panic at the moment but this is not an excuse to cause harm to others.

Keep scrolling to learn about the Asian student who was beaten up for "bringing the coronavirus into London"...

The more the virus spreads...

The more agitated and stressed people all around the world become.

Sadly, many ridiculous rumors have been spread about the pandemic...

And one of these is that all Asian people are responsible for the spread of the virus (which they aren't, FYI).

This is nothing but racism...

And it is rapidly becoming a problem in all parts of the world.

This has made life extremely hard for numerous Asian people around the globe...

And Johnathan Mok is one of them.

He has been studying in the British capital for 2 years now, and earlier this week, he was subjected to some vile acts of racism.

Johnathan announced on Facebook earlier this week that he had been attacked and beaten up in the street...

He urged others to be vigilant against racism and hate - even in a global city like London.

Johnathan was walking past a group of men on Oxford Street around 9:15 pm on February 24th...

When a group of men approached him and said something about the coronavirus. "I was stunned and turned around to have a look at the man who made the statement," he wrote. "He shouted ‘Don’t you dare look at me, you **** (I could not catch the last word because of the accent). Within 3 seconds, he was in my face, together with 3-4 other young men, and a young lady."

Johnathan was then punched numerous times in the face...

Another man tried to kick him, then said, "I don't want your coronavirus in my country," before delivering another punch across his face.

Thankfully, a few passers-by intervened and called the police...

And even though the attackers fled before the police turned up, an investigation is underway.

Johnathan was left terrified after the brutal attack...

And he was left with a few fractured bones in his face that may require surgery to fix.

Johnathan is certain that the attack was racially motivated...

"Stories and videos of racially-motivated assaults always seem like they would never happen to you. After all, people might be racist and might say things, but surely, they wouldn’t dare attack you, especially on one of the busiest streets in London?" he wrote. "To those people who told me that London isn’t racist, think again."

The police have acknowledged Johnathan's concerns...

And in a statement provided to BuzzFeed News on Tuesday, Metropolitan Police described the attack as "a racially aggravated assault."

It is heartbreaking that racism is emerging through this medical crisis...

"Racism has changed its form and shape through the years and it is once again rearing its ugly head in light of the COVID-19 crisis," Johnathan said.

We sincerely hope that Johnathan's attackers are caught and punished for the disgraceful thing they did to him...

And we hope the poor young man makes a quick recovery from this terrible ordeal. Make sure to stay tuned for further updates...