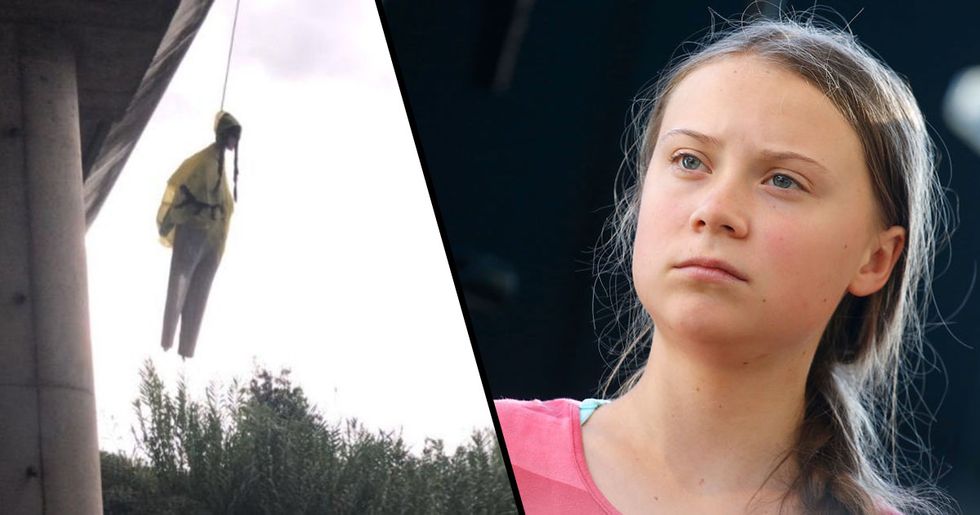 "How dare you!" are the poignant words of pioneering climate change activist, Greta Thunberg, who addressed world leaders at the U.N. Climate Summit. Her powerful, stinging speech brought home the reality of the sheer ignorance of our world leaders when it comes to climate change, and their inability to do anything about it, or even see it as an issue in the first place.

However, even despite her efforts to save our planet, she has been met with immense backlash, from a bunch of losers who think it's acceptable to attack a sixteen-year-old girl. From President Trump to Vladimir Putin, the hater club is filled with word leaders that only know about death and destruction. However, this disgusting act has taken things way too far.

Keep scrolling to find out exactly what happened in Rome...

On September 20th, millions around the world, from London to New York, Sydney to Colombia, ditched the classroom to peacefully protest for climate action in what Thunberg dubs "Fridays for Future."

However, it was not only the criticism from the president that has hit the headlines.

We all knew that Greta had haters. Weirdly enough, it seems that anyone doing good for the world has their own personal group that just loves to yap on about how much they dislike the figure.

But one group in Rome has taken things too far.

An effigy of the teenage climate change activist was hung from a bridge in Rome. Yes. You read that correctly.

A group of grown-ass adults ironically named "The Awake" took responsibility for the vile act.

The effigy was dressed in Greta's signature yellow raincoat with two pigtails on its head. It was bound to a rope that was tied to the bridge in Rome's main international airport, Fiumicino.

And to make matters even worse...

There was a sign attached to the dummy which read: "Greta is your God!"

"The Awake" then took to social media to boast about the incident.

On Facebook, the group proudly wrote the words: "We hanged Greta Thunberg in Rome." I have heard the worst things hurled at Greta, everything from comments about her mental health to her appearance. Never have I ever seen such disgusting behavior aimed at a child before. Honestly, I have lost so much faith in humanity and nothing will ever be able to restore it.

Now you're the ones doing it to someone else's child? Vile. Vile human beings.

The effigy was removed from the bridge by firefighters and local police.

La Repubblica, an Italian newspaper reported on the incident as it happened. The city was shocked by the cruelty of the group, and now there is an official investigation being launched.

Italian authorities have opened an investigation for “aggravated threats."

This incident has become extremely concerning for local authorities and they will not let it go unpunished. Hate groups deserve to be brought down, especially those who threaten to hang children. Wow. I never thought I'd be typing this.

The mayor of Rome Virgina Raggi also condemned the act.

The tweet was translated: "The Greta Thunberg dummy found hanging from a bridge in our city is shameful. My solidarity is with her, her family and all of Rome. Our efforts with the climate [change] don't stop here." Greta's momentum is fierce and she will not be stopped. We fully support her.