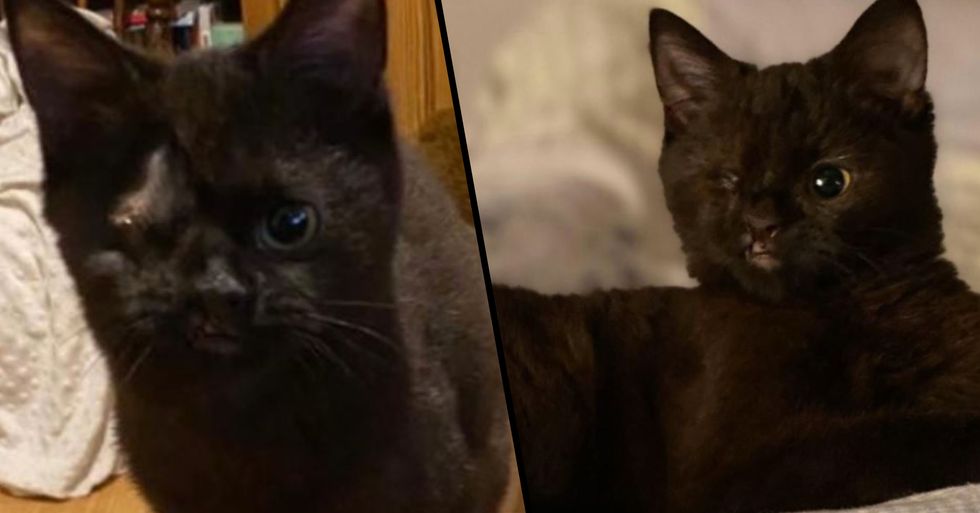 Ana the One-Eyed Cat Is Looking for a Forever Home

Visiting the local animal shelter is always an exciting time.

Picking out your new little companion is a wonderful experience, and these animal shelters are the home to many unfortunate pets who are just looking for a new loving home.

But not all of these pets are lucky enough to get adopted...

One little kitten from Battersea Cats and Dogs home is struggling to find her forever home. When you take a look at her, you'll struggle to understand why.

But some animals get very lucky...

The ASPCA also found that 3.2 million shelter animals successfully find new homes when they are put up for adoption.

But this isn't always the case.

Meaning there will always be animals out there without homes.

This is sadly the case for a little kitty called Ana.

The adorable Ana only has one eye, which has seriously affected her chances of getting adopted.

She was only 7 weeks old when she was brought to Battersea Cats and Dogs home.

Just a few weeks after Battersea took her in, it became apparent why she was struggling.

As well as being born with a cleft lip, Ana also suffered from a rare abnormality causing her right eye to be underdeveloped.

The vets decided to remove the eye so she wouldn't be in any more pain.

The problem is that people are looking for animals that meet their photogenic standards.

The Battersea staff are worried that this social media craze is preventing people from adopting animals with physical problems.

As her black fur is also a deterrent for people who are overly superstitious. I mean... really?

There is clearly nothing to be wary of about Ana.

Maybe falling too much in love with the adorable furball, but that's about it.

"It is such a shame when people take animals at face value when searching for a new pet, rather than looking beyond their appearance to find unique quirks and personalities." "As well as her distinctive face, Ana is a black cat and too many people still have misconceptions and superstitions about that particular color. We think she’s beautiful just the way she is because the things that make an animal different are what makes them special." "Rescue animals may not be perfect, but they’re certainly worth it."

We agree with you, Rachel.

She went on to describe Ana as "soft and playful. Her unique look only makes her a more interesting creature. She’d be fine to live with older children and teenagers, though she would prefer not to have to share the spotlight with any other cats or dogs."

Although kittens from Battersea are usually adopted straight away.

Ana is still waiting for someone to embrace her unique qualities and adopt her.

"As with any rescue animal, Ana deserves a fresh start and has a lot to offer as a pet. She’s had a tough start to life, but she’s definitely still got eight of her nine lives left to live and we hope that her luck is about to change for the better. She may not have 20/20 vision, but we believe that this will be her year." Let us hope that Ana can find her forever home soon!
20%

$14.96 $11.97
Buy Now
See More Deals
We hope you find these deals as awesome as we do! Just an FYI: we may receive a share of sales from links on this page