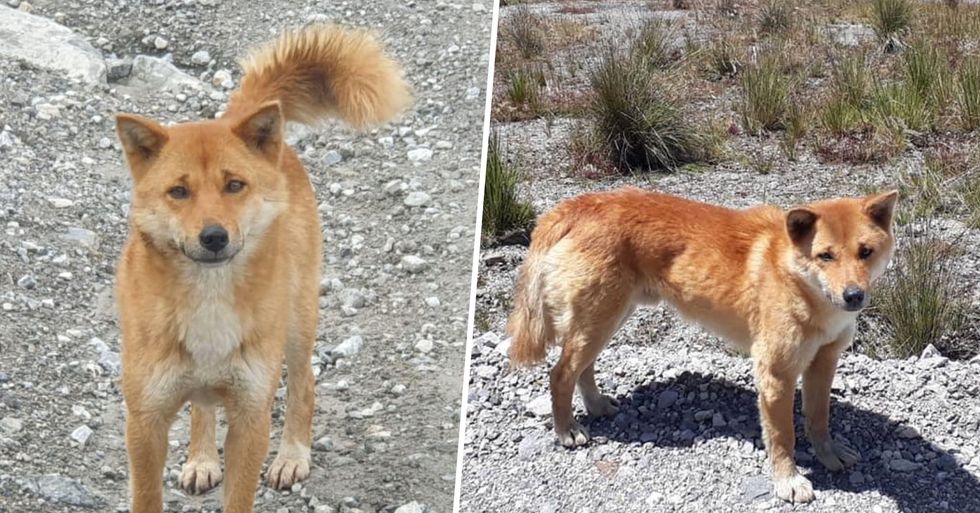 An ancient breed of "singing dog" has been spotted out in the wild for the first time in fifty years.

This is a remarkable discovery...

However, so many pooches are lost, abandoned or dumped - being left to fend for themselves.

This is a sad reality for way too many dogs out there.

But it's important to remember...

Our furry companions weren't always by our side.

It is believed that the first-ever breed of dog was a large and toothy canine that lived around 31,700 years ago.

These types of dog are known as Paleolithic dogs...

And they were around way before wolves were... we can't look at pugs the same again!

But as the years went on and dogs gradually became domesticated pets...

Wild dogs such as wolves, hyenas, dingos, coyotes, and foxes continue to flourish out in the wild... and they do not make suitable pets.

Sadly, many breeds of wild dogs now only exist in captivity...

But a recent discovery has gone and proven experts wrong with a certain breed of wild dog.

The New Guinea singing dog, which was native to Australia and Indonesia, was believed by experts to have gone extinct more than fifty years ago...

And the remaining few in the world are living in captivity - which is estimated to be around 200 in the world.

They get their quirky name from the harmonic sounds they make that resembles that of a humpback whale.

But now, it seems that experts have an opportunity to learn more about these dogs in the wild...

Because a pack of New Guinea singing dogs has just been spotted in the wild for the first time in fifty years.

Scientists first spotted a pack of wild dogs that resembled the New Guinea singing dog in the remote highlands of Papua, Indonesia, a few years ago.

According to research published yesterday, August 31, in the journal PNAS, a comparison of DNA with that of the captive singing dogs suggested they have very similar genome sequences and are much more closely linked to each other than any other canine.

And while their genome sequences weren’t identical...

The highland wild dogs had a seventy percent genetic overlap with the captive population, which lead to the researchers to believe the highland dogs are the original New Guinea singing dog population - with the difference down to the severe inbreeding of those in captivity due to a lack of new genes.

"They look most related to a population of conservation biology New Guinea singing dogs that were descended from 8 dogs brought to the United States many, many, many years ago."

Hope is in sight!

We don't want these beautiful dogs to disappear again...

"New Guinea singing dogs are rare," Ostrander explained. "They’re exotic. They have this beautiful harmonic vocalization that you don’t find anywhere else in nature, so losing that as a species is not a good thing."

Keep on reading to learn about the remarkable tortoise who saved his species from extinction by fathering 800 babies...