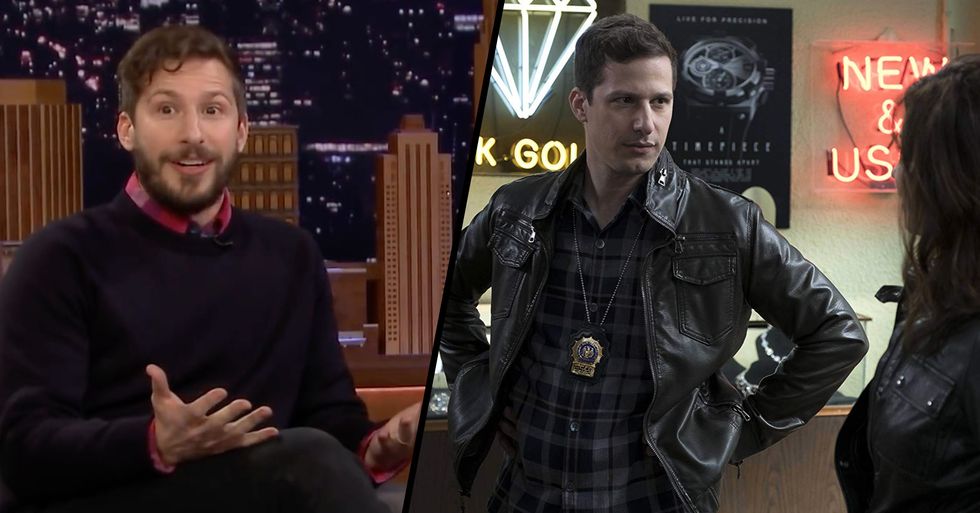 Fans of offbeat live-action police procedural sitcom Brooklyn Nine-Nine can rejoice, as it's been confirmed that there's a seventh season in the works. After the series was canceled by Fox after five seasons, many feared it would be the end of the show, but NBC immediately stepped in, releasing a sixth series earlier this year, followed by confirming a seventh series starting tonight.

But as we look back on what makes this hit show so great, the incredible cast of offbeat characters is surely high up there. And over the years, so many famous faces have starred alongside the show's regulars, you'd be forgiven for having forgotten about them. But don't fear. We've got the conclusive list of Brooklyn Nine-Nine guest stars, for your scrolling pleasure.

And there's one final huge star Andy Samberg is determined to add to the list - and he's not afraid to beg!

But there's one cameo fans are still desperate for.

Bruce Willis, of course! If you're a fan of the show, you'll understand exactly why people are so keen to see the star make an appearance.

The dream has been long held by Samberg.

In 2014, he appeared on Entertainment Tonight, saying, "Hey Bruce - look, my character Jake Peralta on the show Brooklyn Nine-Nine, which is moderately successful, is obsessed with Die Hard and thinks that your character John McClane is the coolest character in the history of cinema."

"I, Andy Samberg, I'm a comedian, also feel that way."

"If you'd come be on the show, even if it's for one sentence, like a cool cameo, like we bump on each other on the street and you go, 'Excuse me,' and then walk away. If you had it in your schedule to breeze by just for one shot, I think it would mean a lot to the show, to the fan base."

There's even a change.org petition to make Willis take notice!

And even though the final series is airing...

It's clear Samberg isn't willing to let the dream die. Just check out his latest plea! Fancy more info from the show? Scroll on for all the details on the final series ...