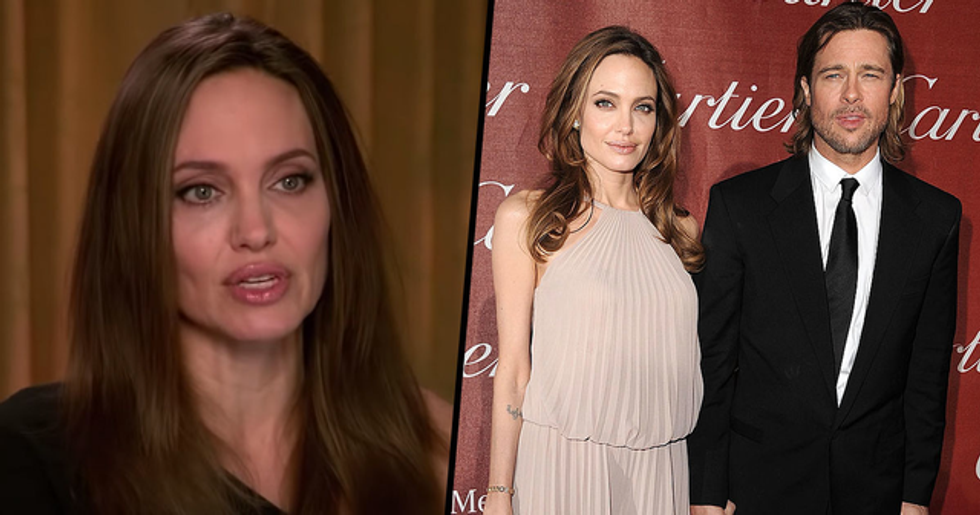 And things lately have been going from bad to worse. Following his very public split from Angelina Jolie, Pitt has struggled to maintain relationships with the kids the two shared, and son Maddox has broken his silence on the messy relationship.

Now Angelina has spoken out - with a truly heartbreaking admission.

And, clearly sensing an opportunity, paps tried to find out what was going on between Maddox and Brad, right from the source.

They asked the student if he was expecting any visits from his father while studying abroad.

And footage was obtained by In Touch of his heartbreaking response.

"I don’t know about that or what’s happening," Maddox admits to the press. "Whatever happens, happens."

But she did open up about the divorce, saying: "I’m like everybody and… especially these last few years haven’t been the easiest, and I haven’t felt very strong."

She told E! News: "There’s something when you’re not feeling very strong, where you push yourself."

And Brad has been struggling too.

Sources claim that the pain he's been feeling was channeled into his latest role in Once Upon a Time In Hollywood.

And now Angelina Jolie has spoken out.

Speaking to Studio 10, the star made some very personal admissions following her super-public split.

"My strength is from my children," Jolie said.

"Anyone who's a parent knows that there's a strength within you that grows."

This follows other heartbreaking admissions from Jolie about how much she struggled with the divorce at first.

Jolie told French magazine Madame, "I had lost myself a bit. I think it happened as my relationship with Brad was coming to an end, then at the beginning of our separation. It was a complicated moment, where I didn't recognize myself anymore, where I had become... how can I say... smaller, almost insignificant, even if it wasn't necessarily visible."

"It was interesting to reconnect with this humility and even this insignificance I was feeling. Maybe this is what being human is in the end?"

The star attended the premiere of her latest Maleficent movie with two of her many kids - Zahara, aged fourteen, and Maddox, eighteen.

We hope the star continues to be inspired by her kids.

Curious to learn more about the pair's divorce? Read on for the secret meaning behind Brad's tattoos.