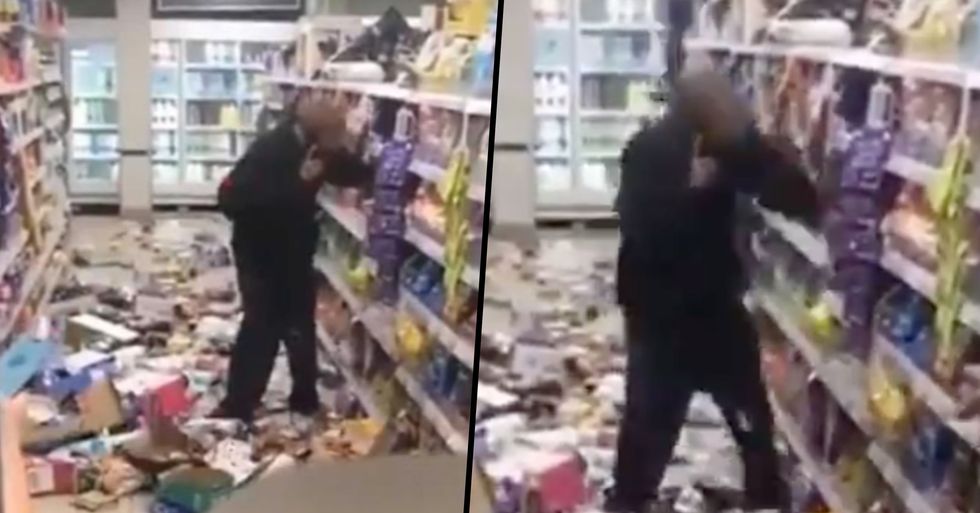 Angry Man Trashes Store After 'Being Asked To Wear a Mask'

And one man had a pretty over the top response to the mask mandate.

Even though several states have declared states of emergencies, it seems as though some people just don't care.

But sadly, not everyone agrees... One video shows a shock response.

The footage comes from a store in London, UK.

After being told to wear a mask, a customer starts pulling items from the shelves and onto the floor.

Police were then called to the scene.

It's reported the police arrested the man.

He's been charged with criminal damage following the incident.