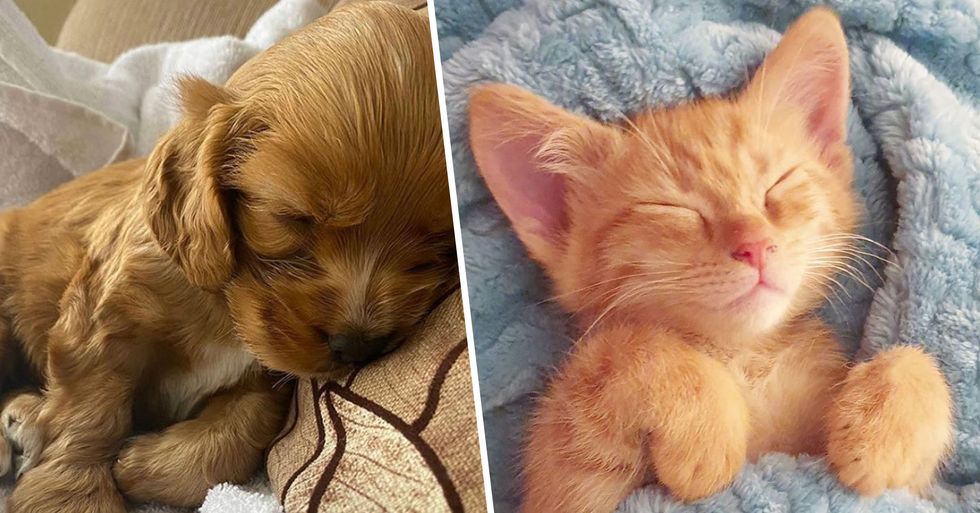 There's nothing cuter than puppies and kittens... right?

Well, prepare to be overwhelmed with the cuteness because Animal Planet is planning to air a ninety-four-hour marathon of nothing but puppies and kittens.

Interested in your next binge watch? Then keep scrolling...

Well, we most certainly do!

There's nothing quite as cute as kittens and puppies...

Their tiny little noses and big eyes simply melt our hearts and it's really not hard to see why.

But why do we find puppies and kittens in particular so cute?

Apparently, their fur has a lot to do with this. Studies have shown that primates instinctively seek out, even need, soft pleasant contact, preferably with our own parents and kin, but the basic tactile sensation will do usually... so any animal which seems to be all soft fur is going to be instinctively more appealing.

Another factor is because they're babies.

Austrian scientist Konrad Lorenz coined the term “Kindchenschema." As the name suggests, it basically proposes that the more qualities and features something has in common with human babies, the cuter it’s perceived as being.

But putting the science aside...

We cannot get enough of kittens and puppies, and it seems that Animal Planet is here to fulfill our needs.

Animal Planet is one of the most beloved channels on TV...

And that is, of course, because of its incredible animal content!

Animal Planet has graced our screens since 1996...

And it provides nothing but series and documentaries about all kinds of animals - whether that's about marine life, wild animals, or our beloved pets.

Any Animal Planet fan will be familiar with Too Cute...

But for those who are unfamiliar, in each episode, the reality show follows several different litters of baby animals, often puppies and kittens, from when they are just days-old squirming bundles of joy through the major milestones the occur in each baby animal’s first few months of life.

As the title suggests...

It is literally too cute!

And the "coming of age" series has proven to be a huge success with audiences across the country since it first aired in 2011.

And us viewers are eager for our next dosage of cuteness.

But it seems that we don't have long to wait...

Sources have reported that Animal Planet is planning on airing more episodes of Too Cute!.

But these aren't any normal episodes...

This will be a ninety-four-hour long marathon of nothing but puppies and kittens.

The marathon of this precious palate cleanser starts today on the 18th of March at 12 pm ET/ PT and runs through until the 22nd at 8 pm ET/ PT.

Make sure to keep scrolling to check out the cutest animal friends...