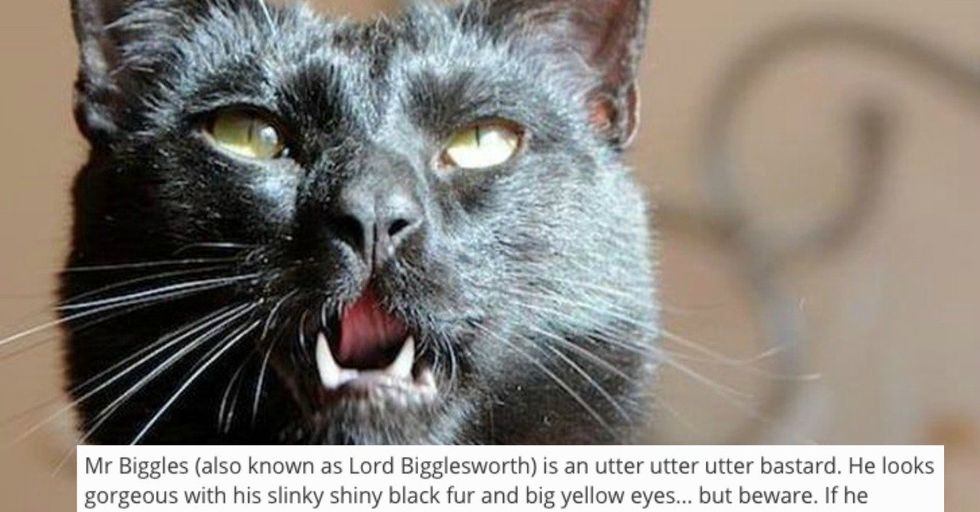 Though the services animal shelters provide are no laughing matter, just like any other workplace, a sense of humor is required just to get through the day.

Some good-intentioned employees turned that humor into an amazing marketing opportunity with a lot of hope and promise.

As society becomes more aware of the struggles abandoned animals face, we continue to hold animal shelters in higher and higher esteem.

We do so with good reason. Not only do they provide a social service for us people, keeping our streets free of wild and potentially dangerous animals, but they also serve another (obvious) purpose: helping animals that can't help themselves.

As you would imagine, the people that work in these shelters see some terrible things every day. They see animals suffering.

They can also see, in cases of animal abuse, humanity at its worst. However, those feelings don't change the fact that there's a job to be done.

It's serious work that's certainly not for the faint of heart.

That said, these are caring, always-underpaid individuals dedicating their lives to critters who can't help themselves in a world full of people. So they put on a brave face and get the job done.

However, we mustn't confuse "tough" with "humorless."

In fact, a sense of humor is practically a necessity at these places to deal with the comings and goings of so many of God's creature. It helps everyone get through the day, especially in an emotionally draining environment.

In fact, not only is a sense of humor useful among shelter workers for getting through the long days, but it serves another purpose as well.

Thanks to social media and some clever wits about the office, joking posts and gags can also serve as a powerful marketing technique for both fundraising AND getting animals adopted. Because, as you'll see in the hilarious ad on the next page, some animals need all the help they can get when it comes to finding a home.

The Cat People of Melbourne are hoping someone will adopt him, but they want to be completely honest about what you're getting when you bring this furball home.

So they took to writing a hilarious post on PetRescue highlighting his best features including "how to play with a dog and not kill it" and "rip shred tear — being firm with boundaries."

But he's not all tough guy:

And a final warning:

It sure does. Mr. Biggles sounds like the perfect opportunity to take home your very own real-life grumpy cat. That is, if that's something you'd be interested in. He certainly isn't for everyone, and it doesn't sound like Mr. Biggles is either.

But you just need to find one perfect fit to make the love connection happen, right?

Given the virality of the post, thanks to its amazing sense of humor, it certainly reached a wide enough audience that the law of large numbers was in Mr. Biggles' favor. It seems the shelter did all it could to help the kitty's cause.

It turns out that he's SO popular, he even his own website now.

Media requests and applications for slavery to Lord Bigglesworth can be sent to humanslave@utterbastardcat.com. Hopefully, the little guy finds his forever human slave soon!

He's certainly got a lot of people cheering for him!

In fact, he's gone global! It's certainly not due to Mr. Biggles' photogenic nature, so let's give credit where it's due. This is all the work of the Cat People of Melbourne making the best of what's surely a tricky situation in getting a less-than-cordial cat adopted!

We've seen these kinds of posts before, and they're surprisingly effective!

So far, the "happy ending" is a work in progress, since we've received no update on the cat's fate, but we can always hold out hope.

I mean, the effort's gotten enough exposure that there has to be some local Australian willing to take a chance on a cat with some attitude. We sure do like our sassy cats in TV and movies. Let's hope that someone takes the kitty on in real life and gives this story the REAL happy ending it deserves.