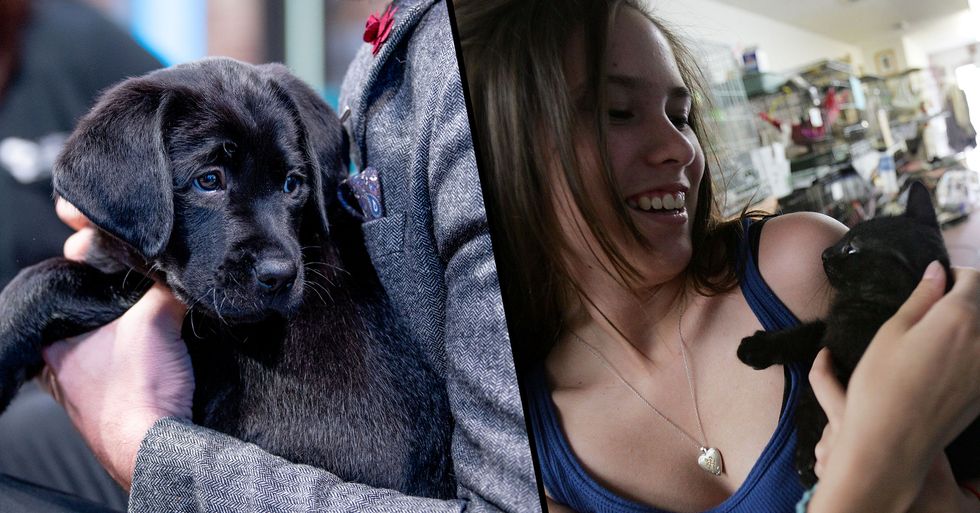 Amid the coronavirus pandemic that is currently sweeping the planet, many animal shelters are facing potential closure, and are desperately searching for homes for their four-legged inhabitants.

COVID-19 has brought the whole world to a complete standstill.

As most of you will be well aware by now, for the last couple of months, a virus known as COVID-19, or coronavirus, has been rapidly spreading across the planet.

It's a dire situation for everyone.

And, in a last-ditch attempt to prevent further the spread of the virus, several countries have been brought into full lockdown, and most major sporting and music events have been canceled.

Millions of people are now self-isolating at home.

While medical researchers work tirelessly to find a vaccine for COVID-19, self-isolation has been deemed as the most effective method of preventing the spread of the virus.

People are being required to self-isolate for a least 2 weeks...

Which will understandably put a tremendous amount of pressure on local businesses that depend on customers to stay afloat.

Here in the States, several bars and restaurants have already been forced to close their doors.

Which has put millions of jobs at risk.

And, sadly, it isn't only our restaurants and bars who are suffering.

It's our homeless animals, too.

Animal shelters have been suffering tremendously.

As a result of the quarantine regulations currently in place, animal shelters have been left with little choice but to close their doors.

Okay, our animals aren't actually at risk from the virus itself.

Don't worry folks, it has already been confirmed that cats and dogs cannot catch the virus.

But, with staff being placed into lockdown...

It means that they are unable to come into work.

And, with no staff members able to care for the homeless pets living under their care...

The shelters are facing immediate closure.

The shelters and humane societies are trying to place as many of these animals in homes as quickly as possible.

But it's proving to be a bit of a challenge.

For example, in Philadelphia, Morris Animal Refuge closed to the public this week until further notice, despite having around forty abandoned animals to rehome.

The shelter took to social media to appeal for anyone who may be interested in rehoming some of their inhabitants...

They wrote: "Due to recent Pennsylvania and Philadelphia restrictions, the Refuge is now closed to the public until further notice. Our shelter pets are in urgent need of loving homes."

5 potential adopters were scheduled to come in this week...

But, due to the health restrictions implemented across the country, they have been unable to do so.

It's a desperate situation for everyone involved.

"The most important part of this is getting the animals out of the shelter and into homes whether it be temporarily or permanently," Carly Gove, a Morris volunteer coordinator told CNN. "Our community has been so great already."

They have waived the adoption fees for many of their animals in an attempt to raise interest.

"We’re waiving adoption fees this week for all big dogs, and senior cats; other adult pets are only $17. They need you now more than ever."

And they're also appealing for fosterers.

Even if you aren't interested in adopting, you can always temporarily foster one of the animals. They explained: "If you cannot adopt, fostering is the best way to help the animals and you'll have a buddy while you are practicing social distancing!"

Because, if their existing residents can't get rehomed...

The shelter will be unable to take in any more homeless animals.

Now's the time to be adopting!

If you're interested in helping out by either adopting or fostering one of these beautiful animals, you can enquire here. For more on animal shelters, keep scrolling to read about the seventy-five-year-old man who visits his local shelter every day to nap with the cats...