Will this new lifestyle work for the animals? | 22 Words 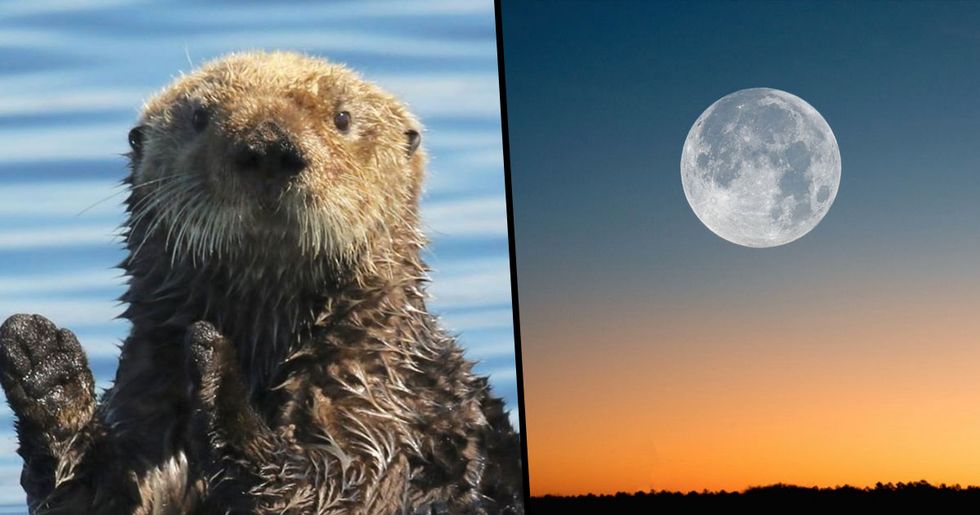 It's common knowledge that human activity has had a colossal impact on the state of the Earth.

Agriculture and land development have resulted in a shocking change to the natural environment... and we haven't even got to the issue of deforestation yet. Over the years, we have destroyed a staggering amount of natural land, which has resulted in the endangerment and extinction of many mammals and birds.

And the ones that have managed to survive our rampage through the planet are now being forced to change their habitual behaviors completely.

Studies have found that, due to human activity, a number of different species have had to make drastic changes to their living habits in order to avoid interacting with us humans.

Heartbreaking, I know. Read on to see the drastic effects that us humans have had on these animals. Warning: you may want to cry after reading this one.

We have had a terrible impact on the animal kingdom.

Reports have shown that we have wiped out a staggering sixty percent of the animal population, including mammals, birds, reptiles, and fish, since 1970.

Nature is officially on life-support.

And it's all our fault. The study, which was conducted by the WWF, found that the vast consumption of food and resources by the human race over billions of years has been steadily affecting wildlife all over the world.

Hundreds of habitats have changed.

With sea levels rising, ice-caps melting, and forests being burnt to the ground, animals are being forced to either change their habitat or face complete extinction.

And some believe that a new mass extinction is approaching.

Some scientists have claimed that the Earth is on the brink of a sixth mass extinction. If that doesn't scare you, I don't know what will.

So many species of animals have become endangered.

Sea turtles, gorillas, tigers, and orangutans, just to name a few. Because of our impact on the Earth, these beautiful creatures are at risk of becoming extinct, with many of them only surviving and breeding successfully in captivity.

Captivity is the only answer for a growing number of species.

Rhinos, koala bears and Pinta Island tortoises are just a few of the species that can only breed and survive successfully in artificial environments.

And the animals that have survived are having to make big changes.

A new study published in Science Magazine has made some ground-breaking new discoveries about the behavior of animals, and the lengths that they're going to in order to adapt and live comfortably alongside us.

Though this isn't the first time that they've had to adapt because of us.

It turns out that species have been adjusting to our presence on the Earth for years. This includes moving less, retreating to remote areas, and spending less time looking for food, according to a different study.

And the latest change that they've had to make is heartbreaking.

Changes in habitat, routine and behavior can all cause major stress in animals, and they only change their routine if they are truly left with no other choice. This time, the change regards their sleeping patterns.

Yep. Our behavior has become so irritating, and is making life so unbearable for animals, that many are resorting to sleeping longer during the day time to avoid our presence.

These animals are spending more time awake during the night time.

Many species have been left with little or no habitat at all, and the study, which was published by ecologists at the University of California, Berkeley, indicates that animals are opting to "separating themselves [from us] in time rather than in space."

These species included tigers, boars, otters, and deers. The research discovered a significant increase in nocturnal activity in all of the mammals that they studied. It was found that species that are naturally active during the day tended to shift their activity to after dark, and those that are naturally nocturnal became even more so.

Will this new lifestyle work for the animals?

Scientists have admitted that this nocturnal lifestyle may not be catastrophic for all of the animals' survival, but that it may have potential "ecosystem-level consequences" that we don't quite understand yet.

One example is the sun bear.

It says it all in the name, doesn't it? The study outlined how, traditionally, the sun bear would spend around eighty percent of its time out in the daylight. However, in recent years, the sun bear's sleeping pattern has changed, resulting in the species now spending around ninety percent of their active time after the sun has gone down.

A peak in human activity has forced the bear to change its sleeping schedule.

With more and more people every year pushing into the bears' habitat, they are now only emerging at nighttime, when their territory is finally a human-free zone.

The coyote has also been affected.

In California’s Santa Cruz Mountains, coyotes are snoozing for longer during the day and emerging more frequently after the sunset. This is thought to be their response to recreational human activities such as hiking and bicycling.

A number of factors have contributed to these changes.

Agriculture and land development have had some of the greatest impacts, as they have resulted in the destruction of hundreds of different habitats.

But hunting has also had its impact.

An example that the study outlined was sport hunting in the Hwange National Park in Zimbabwe. The activity has driven antelopes to spend their waking hours in the night time, which has ultimately restricted their access to water and food.

Scientists have given a dire warning.

Though the thought of animals sleeping through the day may seem trivial, the authors of the study have warned that these shifts in the natural behavior patterns of so many species will disturb predator-prey dynamics that have evolved over generations, leading to unknown and potentially catastrophic effects on the environment.

Ms. Gaynor, one of the leading researchers of the study, explained: “Working on this study reminds me that we aren’t alone on this planet. Being mindful of the ways our activities are shaping the animals' habitat will enable coexistence."