19 Animals Who Were Super Rude to Other Animals | 22 Words 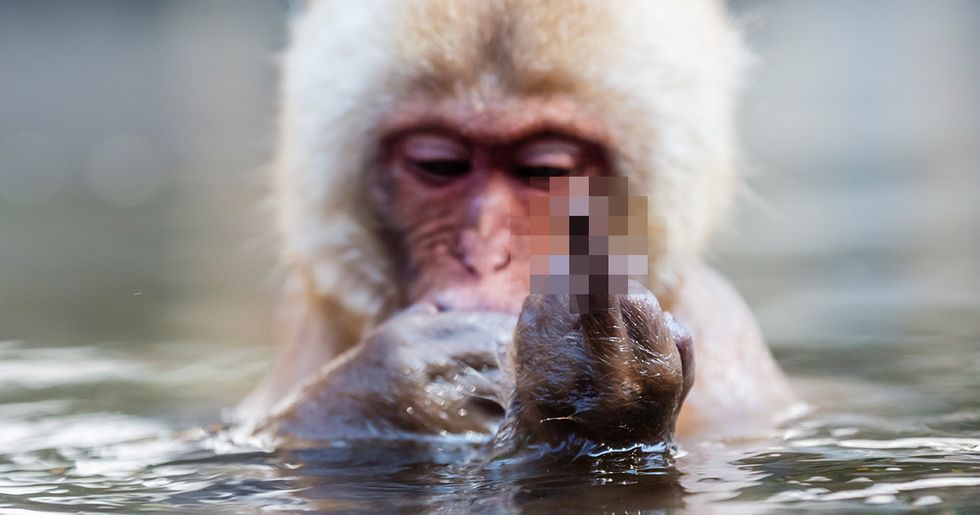 19 Animals Who Were Super Rude to Other Animals

Whether we welcome them into our homes as pets, watch fascinating documentaries about them on Netflix, or visit them at the zoo, we're truly lucky to have animals in our lives.

But sometimes, they can be a bit rude.

Especially to each other. Here are 19 times animals were super rude to one another (and just happened to have that rudeness caught on camera).

You've probably seen this GIF hundreds of time, but it truly never gets old, does it? Something tells me these penguins might be related. That's the work of an older sibling if I've ever seen it.

You mean you don't constantly see rabbits battling in the middle of your street? Weird.

Owls are often considered to be very wise, solemn birds which one should never mess around with. Doesn't look like that little bird got the memo.

I have to assume that the cat probably did something rude right before this. That's kinda how cats operate, right? This next clip will probably make you cackle.

To be fair, that little black goat made the unforgivable mistake of... Standing?

Pandas might be the ultimate jerks of the animal kingdom.

But they're such doofuses that you can't really hold it against them. They're even adorable when they're jerks.

What? She had to get a good view!

How dare that dog walk in through the open door! Good thing the cat was there to set him straight. Ready for another rude penguin? Of course you are.

Right after this clip, you just know those other penguins started laughing together. How rude!

This is why I never go to the gym. Something like this could happen. Probably.

This is exactly what I would do if I had to share my cake with two other individuals. Ya snooze, ya lose, suckers!

In my experience, a cat only touches things that it plans on sitting in/on, knocking over, or killing. This frog was lucky.

The look on that dog's face is the best thing that I have ever seen, hands down. Next up is a mama cat who may be missing her mothering instincts.

Note to self: Don't stand in front of a door if there's a chance a cat may want to get through it.

Ah, yes. It's nice to see that sibling rivalry is a constant among all species of Earth.

Naughty Penguin of the Month

Betty gets a gold star for her behavior! Timmy, on the other hand...we don't talk about Timmy.

This one was an accident!

It's pretty clear that the big cat didn't mean to be rude, but the sight of all those kittens scattering was too good not to share.

Want some? Too bad. Share this with someone who loves animals!