Animals in Zoos Are Lonely Without Visitors, Keepers Say | 22 Words 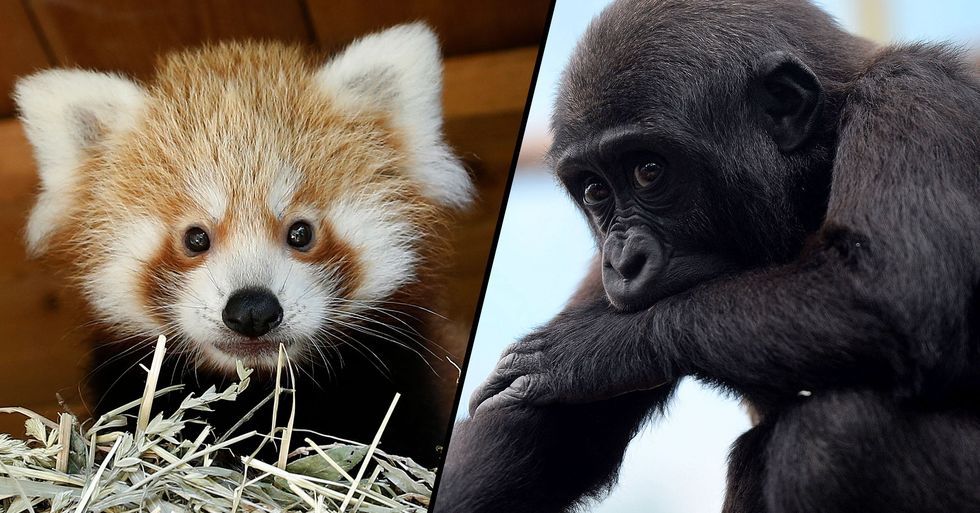 Animals in Zoos Are Lonely Without Visitors, Keepers Say

During the global pandemic, millions of animals in zoos have been left feeling lonely since their doors shut to visitors.

Keep scrolling to learn about these unfortunate animals and how keepers have been keeping them entertained...

And people all around the world have been expressing their concerns over these poor animals.

And it turns out that the animals themselves have also been having a pretty hard time...

And they are beginning to wonder what has happened to all of the curious faces that they used to see on a daily basis.

Zoos all around the world are finding changes in their animal's behavior...

Dinah is missing interacting with her fans and is looking forward to when guests are able to return. Meet Dina the… https://t.co/ncYzwecxj2
— Phoenix Zoo (@Phoenix Zoo)1588003340.0

Linda Hardwick, who is the communications director at Phoenix Zoo, said, "We have noticed that some of our more ‘social’ animals are not a fan of the stay at home and social distancing orders. Primates especially have noticed our guests are gone and go looking for them." "Our Tropical Flights Aviary is home to a very special, and social bird; Dinah the Bali myna, who is missing the attention of guests. Bird keepers are visiting her frequently to curb her loneliness."

Us humans being in lockdown is completely out of the ordinary for the animals in these zoos...

The rhinos and giraffes at New Zealand’s Orana Wildlife Park have still been turning up for their public appearances, despite nobody coming to see them.

And way across the pond in Ireland...

Leo Oosterweghel, director of Dublin Zoo – which pulls in around 1.2 million visitors every year – said the animals look at him "with more surprise now."

Fan photo of the week goes to portkeyphotography for this photo of the Bornean orangutans practising their social d… https://t.co/ymdGZoMI5Y
— Dublin Zoo (@Dublin Zoo)1587808800.0

"They come up and have a good look because they’re wondering what’s happened to everyone else. They are used to visitors," he told The Irish Times.

Staff at Tokyo’s Sumida Aquarium are asking the public to video call with its eels to remind them humans exist. On Twitter, the facility wrote, "They don’t see humans, except keepers, and they have started forgetting about humans… here is an urgent request. Could you show your face to our garden eels from your home?"

According to experts, animals in zoos rely strongly on their human visitors.

Paul Rose, a professor in animal behavior at the University of Exeter in the U.K, the zoos’ residents – such as primates and parrots – rely on our visits and engagement for "enrichment." "It is beneficial to the animal’s well-being and quality of life. If this stimulation is not there, then the animals are lacking the enrichment," he told BBC News.

The majority of zoos have regular keepers attending to the animals and keeping them company.

Only time will tell until we can start paying visits to our local zoos again.

In the meantime, keep scrolling to read about the abandoned Thai zoo that a tourist accidentally stumbled across...