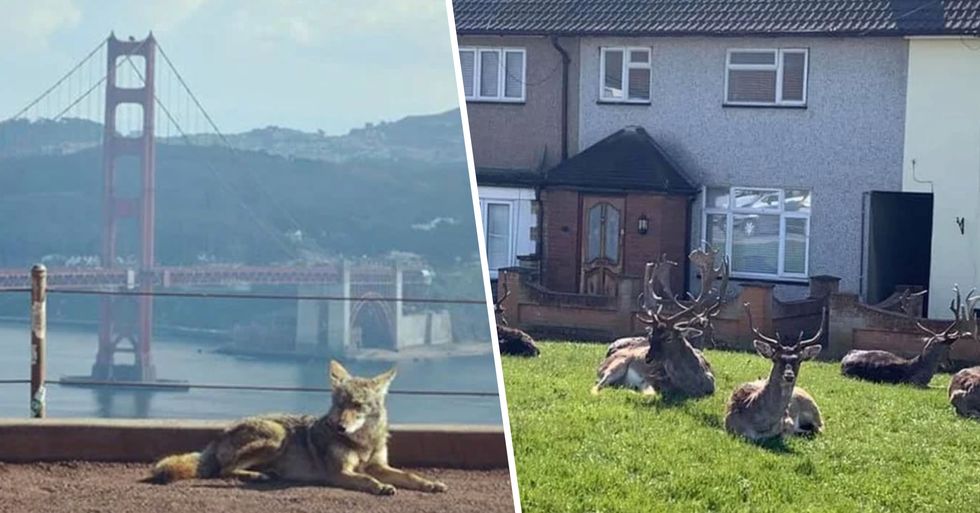 Although the pandemic is terrifying and tragic, there are some positive side effects to everybody being indoors...

How about this coyote spotted chilling in front of the Golden Gate Bridge in San Francisco?

Too cute for words.

A sleepy fox in Texas.

Not a common sight in the suburbs on London, UK! For more good news, scroll on for the Frozen content coming to your home this quarantine...
20%