These 18 Animals Could Become Extinct in Your Lifetime | 22 Words 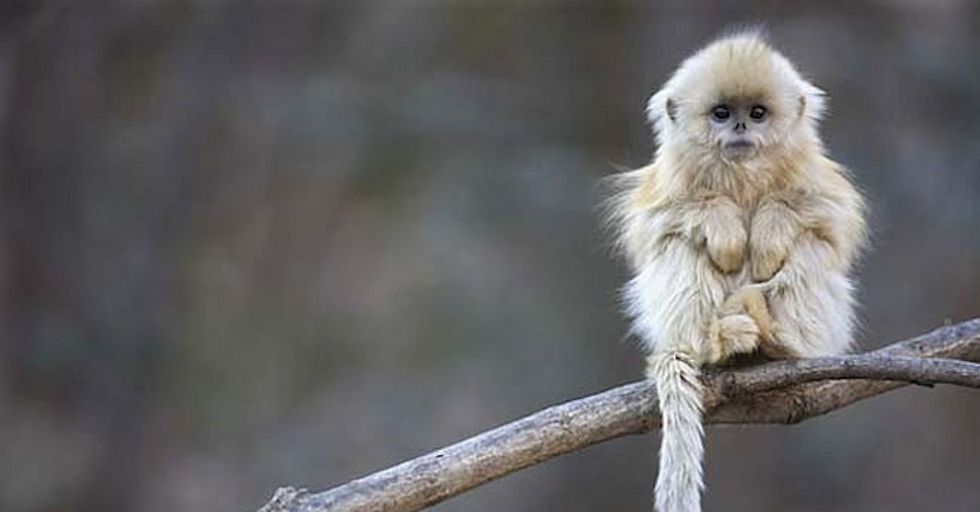 These 18 Animals Could Become Extinct in Your Lifetime

According to the Guardian, species around the world are disappearing at almost 1,000 times the natural rate — which means we're losing around 150-200 species every day. Close to 15% of all mammal species and 11% of all bird species are currently listed as threatened with extinction.

And while the human population shows no signs of slowing down, we continue to appropriate more land to develop cities, acquire natural resources, and build farms, not realizing or caring that we're destroying other creatures' natural habitats (not to mention man-made disasters like oil spills, climate change, acid rain, and over-hunting and fishing).

These animals are just a fraction of the thousands in danger of extinction...

Hooded seals, which are found only in the central and western North Atlantic, have been heavily hunted since the turn of the century.

Prior to the 1940s, they were hunted for leather and oil deposits, though more recently, threats include subsistence hunting, and bycatch.

Tree kangaroos, as their name suggests, are marsupials who live in trees. They live in the tropical rainforests of New Guinea, far northeastern Queensland, Australia, and other islands in the region.

The two most significant threats to tree kangaroos are habitat loss and hunting. Their natural habitats are destroyed by logging and timber production which, in turn, exposes them to predators. They are also hunted by native tribes and communities, which markedly contributes to the population decline of the species.

These exotic looking birds of prey inhabit Mount Everest, the Himalayas, and other mountainous regions of Europe and Asia.

Bearded vultures have been persecuted in significant numbers because people feared (without justification) that they regularly carried off children and domestic animals.

The World Wildlife Fund (WWF) estimates that are are only 10,000 pairs in the wild worldwide.

The axolomeh (maddeningly, the plural of axolotl), which are also known as Mexican walking fish, are actually not fish at all. These amphibians originate from numerous lakes, such as Lake Xochimilco underlying Mexico City.

As of 2010, wild axolomeh are nearly extinct due to urbanization in Mexico City and consequent water pollution, and a 2013 search turned up no surviving individuals in the wild.

Originally inhabiting the Eurasian steppe, including Dzungaria and Mongolia, the saiga antelope is probably one of the most unique looking creatures in the world. Currently, it is only found in one location in Russia, and three areas in Kazakhstan.

The saiga antelope has been heavily hunted for centuries. Its horn is used in traditional Chinese medicine, which has wiped the population out completely in China, where it is a Class I Protected Species, and drives major poaching and smuggling.

This bizarre-looking creature is actually a salamander that inhabits the caves of Central and Southeastern Europe. Unique for an amphibian, it is entirely aquatic, living in complete darkness, it has very underdeveloped eyes, but incredible senses of hearing and smell.

Because the olm is extremely vulnerable to changes in its environment due to its adaptation to the specific conditions in caves, it is currently in danger of extinction due to water pollution.

The adorable little monkey, which is unique to a small area in the temperate, mountainous forests of Central and Southwest China, are only found in heights of 1,500 to 3,400 meters.

Because of their highly selective diet of lichen (which is found in the highest concentration in dead trees) their habitats have been greatly endangered by deforestation.

Native to the Indian Subcontinent, the gharial is one of the largest of all living crocodilians, measuring up to twenty feet long and 350 pounds.

The global gharial population is estimated at fewer than 235 individual creatures, which are threatened by loss of riverine habitat, depletion of fish resources and use of fishing nets.

This strange looking monkey is entirely unique to the island of Borneo. In Malay, it's often called monyet belanda ("Dutch monkey"), or even orang belanda ("Dutchman"), as Indonesians remarked that the Dutch colonizers often had similarly large bellies and noses. Take that, colonization!

The total population of the proboscis monkey has decreased by more than fifty percent in the past 40 years, due to ongoing habitat loss and hunting.

While similar in appearance to beluga whales, the irrawaddy dolphin is actually most closely related to killer whales. The worldwide population of these dolphins is 7,000, with over 90% occurring in Bangladesh.

The irrawaddy dolphin is primarily threatened by bycatch, as well as overfishing.

The largest land-living arthropod in the world, the coconut crab, can reach up to 9 pounds and 3 foot 3 inches in length from leg to leg. That's the size of a small child.

Found on islands across the Indian Ocean and parts of the Pacific Ocean as far east as the Gambier Islands, its distribution closely matches that of the coconut palm.

Interestingly enough, its name comes from the ability to climb coconut trees and crack open the coconut with its powerful claws. Since it is considered a delicacy and aphrodisiac by Southeast Asian and Pacific Islander cultures, however, the species' survival is at stake.

The kakapo is a species of large, flightless parrots unique to New Zealand. Historically important to the Māori, it was both hunted and used as a resource, (for its meat as a food source and for its feathers).

Because of Polynesian and European colonization, and the introduction of predators such as cats, rats, ferrets, and stoats, the kakapo were nearly entirely wiped out.

The dugong, which is found throughout the Indo-West Pacific, is the only living representative of the once-diverse family Dugongidae. Its closest modern relative, Steller's sea cow, was hunted to extinction in the 18th century.

The dugong has been hunted for thousands of years for its meat and oil, and traditional hunting still has great cultural significance in several countries in its range.

Due to its long lifespan of 70 years or more, and slow rate of reproduction, the dugong is especially vulnerable to extinction.

The elusive Horton Plains slender loris was originally documented in 1937 and, until 2002, there were only four known encounters with this odd little creature.

By 2002, the Horton Plains slender loris was thought to be entirely extinct, but it was rediscovered, with the first photographs of it ever emerging in 2009.

As of now, it is thought that there may be only about 100 animals still in existence, which would make it among the top five most-threatened primates worldwide.

Due to to logging and firewood harvesting, the gooty spider's habitat is greatly endangered. Specimen collection for the pet trade is also a problem, since the spider is in high demand for tarantula-enthusiasts.

There have been different estimates as to how many markhors exist, but a global estimate put the number at less than 2,500 mature individuals.

Found on some smaller islands off the coast of Western Australia — in particular on Rottnest Island just off Perth and Bald Island near Albany — quokkas are one of the most friendly marsupials in the world.

Although they are common on the small offshore islands, quokkas have a very restricted range and are quite vulnerable. On the mainland, they're threatened by foxes, cats, dogs, and dingoes.

Since quokkas require dense ground cover for refuge, clearable logging and agricultural development have reduced their habitat, thus contributing to the decline of the species.

Native to the northeast of the Democratic Republic of the Congo, the okapi is closely related to the giraffe, despite its zebra-like markings. Okapis inhabit canopy forests at altitudes of 1,600–4,900 feet, they are already extinct in Uganda.

Their habitat is greatly endangered due to logging and human settlement, and extensive hunting for both the okapi's skin and meat, as well as illegal mining, which have also led to population declines. And while the endangered status of okapi is monitored, the presence of illegal armed groups in the protected areas of the Democratic Republic of Congo have inhibited conservation.

Here's hoping we humans can get our acts together, and that these endangered animals will be around for a long time.