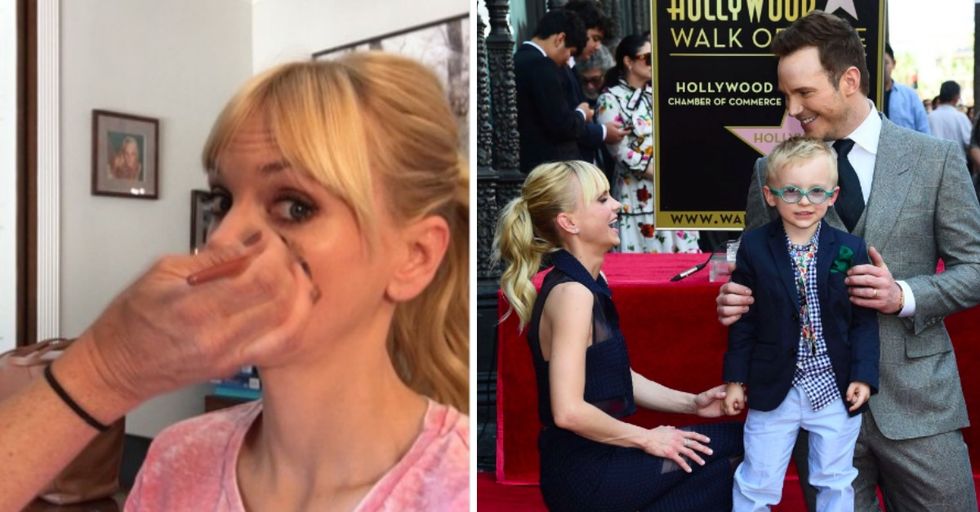 Chris Pratt, known for Guarding the Galaxy and wrangling dinosaurs, was honored with a star on the Hollywood Walk of Fame on Friday.

It was an exciting career milestone and a big day for him and his adorable family. Speaking of which, Anna Faris live-tweeted the family getting red carpet ready in such a way that you feel like you're totally BFFs, but not the kind of friends that say things like "totally BFFs."

In other words, you feel like you're let into their glamorous life for at least a few entertaining minutes.

The smell of success.

Sing me a song.

The difference between men and women.

*Heart explodes at the cuteness*

Jack meets one of Dad's costars.

She later retweeted this adorable shot.