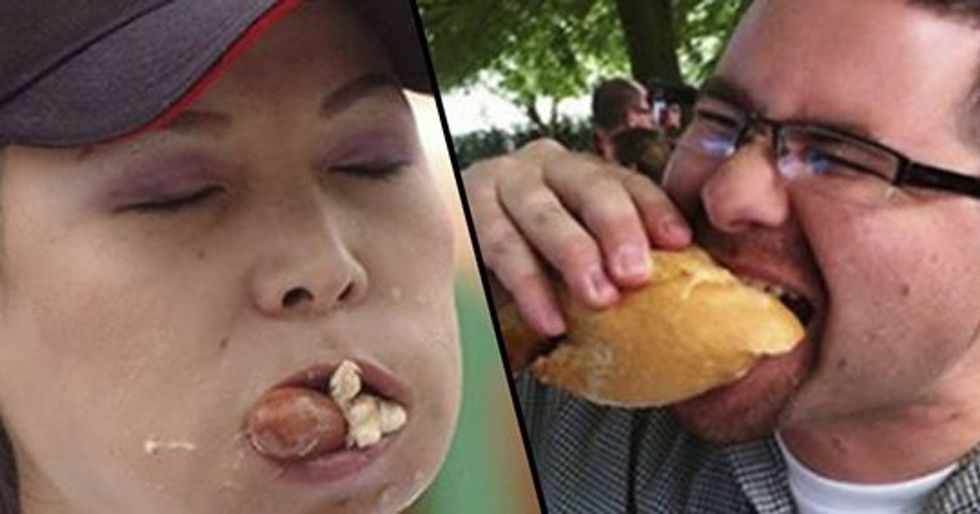 Being Annoyed By Noisy Chewing Is A Genuine Psychiatric Disorder

There are few sounds in life worse than hearing someone chewing. Really. Really. Loudly.

If you’re like me, then perhaps the worst is those mates or family members who simply chew too loudly when you’re eating with them – smacking their chops together like it’s going out of fashion!

It really bothers you, doesn't it?

Like scratching nails on a chalkboard, people who are always late, or friends who steal food from your plate. They're all common pet peeves, and you'd be wrong to say that any of these  don't actually bother you.

But why do we care about such trivial things?

Why do we let pet peeves, like loud chewing, get under our skin? Do you ever feel like there are times when you want to not care, so badly? But you can't.

Well, you're not alone.

As it turns out, you could be one of the many people suffering from a genuine brain abnormality called "misophonia." According to researchers at Newcastle University, our brains can be triggered by these sounds.

Read on for more of what they had to say...

It's a classified disorder.

Misophonia is a disorder where sufferers possess a hatred of sounds such as eating, chewing, loud breathing or even repeated pen-clicking – and was first named as a condition back in 2001.

So, I'm sure you're asking yourself, "why are we just learning about this?"

A lot of tests needed to be done, before revealing new results surrounding the disorder.

According to a report in the journal, Current Biology, scientists revealed that the scans of misophonia sufferers' heads showed changes in brain activity when a "trigger" sound was heard.

The report showed images of abnormalities within the test subject's emotional control mechanism.

Due to the abnormalities in their emotional control mechanism, their brain goes into overdrive upon hearing an individual trigger sound.

The sounds were also responsible for increasing the heart rate and the amount some sufferers were sweating.

Tim Griffiths, Professor of Cognitive Neurology at Newcastle University and UCL commented, "I was part of the skeptical community myself until we saw patients in the clinic and understood how strikingly similar the features are – I hope this will reassure sufferers."

The team used an MRI to measure the brain activity of people with and without misophonia while they were listening to a range of sounds.

This helped them sort out those who was and was not bothered by the trigger sounds, along with those who had brain abnormalities.

When presented with trigger sounds, those with misophonia produced different results than those without the condition.

The sounds were categorized into neutral sounds such as rain, a busy café, or water boiling. Unpleasant sounds were defined as a baby crying or a person screaming and then trigger sounds, such as breathing or eating.

If you have Misophonia, you might be shocked to realize that it's a disorder.

The news can be surprising, for something we once believed was a common pet peeve. Dr. Sukhbinder Kumar from the Institute of Neuroscience at Newcastle University and the Wellcome Centre for Neuro Imaging at University College London (UCL) stated, “For many people with misophonia, this will come as welcome news as for the first time we have demonstrated a difference in brain structure and function in sufferers."

The more you know.

So, there you have it, folks. Be warned – if you’re in a restaurant slurping your soup and a bread roll bounces off your head, it’s probably me.

And I won’t apologize, I have a condition.