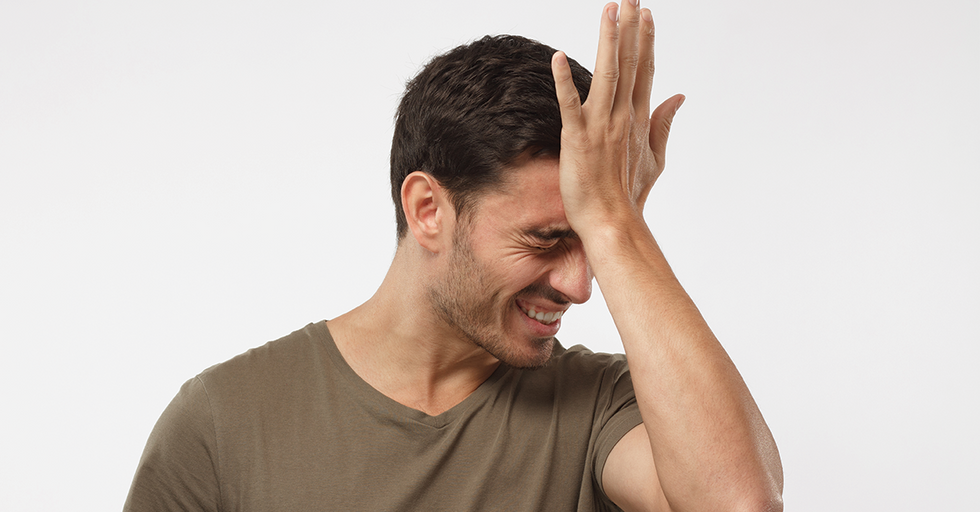 There is, admittedly, a literalist in everyone. Be it a recurring thing or just the occasional slip in brain functionality, everyone has found themselves on the receiving end of what happens when the instructions are followed a little closely. Whether it’s a food packaging, test directions, or even road signs, people’s determination to follow the rules knows no bounds. Sometimes it’s done for a laugh, other times they just genuinely didn’t see the issue with doing things literally until it was too late. The why, however, is unimportant. All that really matters is: “is it funny?”

For the following people, we can say with empirical internet likes that, “Yes! It’s hilarious.” Read on to discover what happened when people took instructions a little too literally.

Well, They Did Say Alphabetical Order

Sometimes tests are full of trick questions, so this kid erring on the side of caution is absolutely understandable.

To be fair, people can get crazy when delivery instructions aren't followed precisely. Maybe the next shipment will include only items that can fit under the rug.

Assume The Role Of A Chinese Immigrant

Surely they received a grade of "A" for this. It's not the students fault that the teacher assumed no one was capable of speaking or writing in Chinese.

Can You Hang This?

This could have been worse, his mom could have hung him from that clothesline in place of her now probably musty shirt xD. Never play with a mom's chores kids.

Clean For The Queen

Do you guys think the queen reads "Harry Potter?" If so, who would her favorite character be?

Are you sure? Because I'm not gonna lie A.T.M., this seems a little suspect. Yeah? Okay, you're the boss.

Oftentimes women just aren't even in the mood to respond to such ridiculous messages. Othertimes, oh they got all the time.

If He Poo, You Toss

So is this like a mini doggo punishment for pooping? Do you take them out if they promise never to poo again? We have questions. Oh wait, they just told us to toss the poo out. Sorry folks.

Skirts Or Pants Only

It's hot and your company sends an email addressing the dress code for employees is pants and skirts only. How does a man keep cool? Wear a skirt obviously.

We don't know if the coffee rush was getting to the barista, or they were simply making a joke. Regardless, we're raising a toast to "Cark."

Not A Foot Outside

This kid was grounded and told not to step a single foot outside. Naturally the siren call of the outside led to his finding a loophole in his punishment.

Every Container Must Have A Label

This one is just self explanatory. Are we talking about the instructions or the joke? Uh...yes?

Sometimes people are willing to go pretty far for a joke. Hopefully his eye came out okay after this one.

Math can be confusing, okay? Technically they're not wrong, but we can't exactly say it's the right answer either.

Place Your Shoes By The Door

A clean carpet makes everyone happy, and a clean carpet starts by leaving the shoes by the door. This kid took that quite literally though.

If It Ain't Broke

Break it! Sounds more like the rules around a frat house. Needless to say, it didn't work out that well for this bus stop ad.

That is if the Green Arrow ever shows up. Or maybe the sign is talking about a different green arrow.

No, not like that. We can only hope whoever did this is okay and everyone inside the pharmacy is okay as well.

We would love to see this students interpretation of a clock face to be completely honest.

Ask and you shall receive was the motto of this student. We wonder if they got full credit for this equation.

Is This Ironic Or Just Unfortunate?

Orange crush is a lovely soda when served accordingly. Not sure how being crushed actually affects the flavor though.

Dove was trying to give you comfort and instead you gave yourself a bad drawing. Are you satisfied? Are you? Because we are.

Wait, you mean you're supposed bake them separately? Where's it say that at? On the box? Oh...whoops.

Oldest Trick In The Box

This customer asked them to draw something on the box. This seems like a perfect drawing by those standards alone.

You Can Only Bring Rolls

They were told that they were only allowed to bring rolls. They were not informed of the kind of rolls. Needless to say, they were thorough.

I Asked For A Lettuce Burger

Well they certainly got it. The only way this could be more literal is if the patty itself was also lettuce.

I Asked For Only Ketchup

We wonder if this order would have gone more smoothly if they requested it plain add ketchup? Maybe try that next time.

If you cut the pizza and everyone picks a slice at random, is it like getting the wishbone from the turkey?

He asked for cold hard cash for his birthday, and his parents didn't disappoint. Don't look so down kid, with a blow dryer or a little time, you'll have your cash in no time.