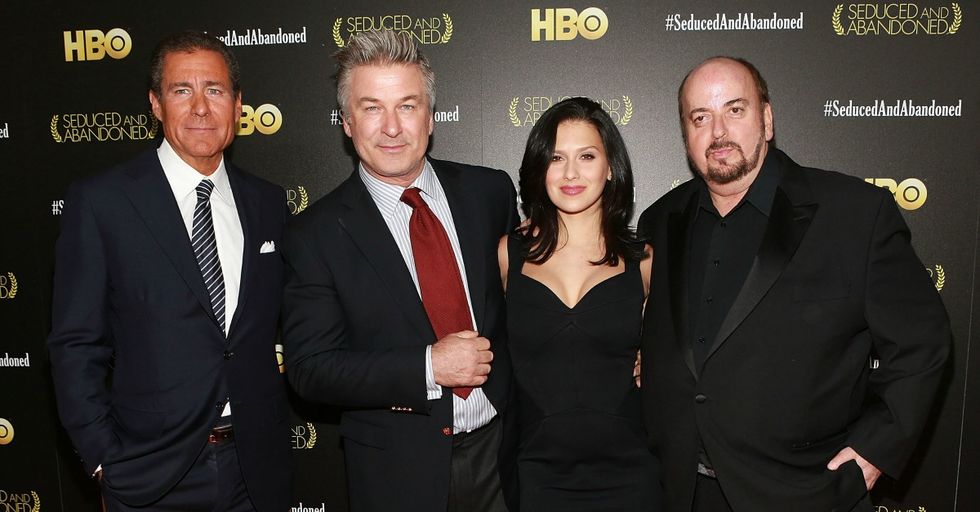 Harvey Weinstein was just the tip of the iceberg.

On October 22, The Los Angeles Times released a bombshell report about the film director James Toback and the 38 women who have accused him of sexual assault.

The details are devastating but unfortunately, not all that shocking.

James Toback has been preying on women for decades and using his film credits as bait. He'd approach young women in Central Park or a coffee shop or a Duane Reade and ask them if they'd heard of his movies, which most had not.

He'd claim he could make them stars in Hollywood. Then, according to 38 women who were interviewed, things would turn quickly sexual.

"Like Harvey Weinstein, Toback, now 72, was a big hulking man with a reputation," Whipp wrote.

His most recent film stars Sienna Miller and Alec Baldwin and premiered just this year at the Venice Film Festival.

Another Hollywood "open secret," it seems. According to Whipp, Toback's films often explore dark themes of gambling, drinking, and womanizing, and Toback's been open about the connection to his real life. "The idea is not to have a separation between my life and my movies," he said in a 2002 interview with Salon.

Of the 38 women who came forward for this article, 31 of them spoke on the record.

"The way he presented it, it was like, 'This is how things are done,'" actress Adrienne LaValley told the Times.

"I felt like a prostitute, an utter disappointment to myself, my parents, my friends. And I deserved not to tell anyone."

The stories detailed in the report are extremely disturbing, but as we're learning, they're not uncommon.

Every woman interviewed was violated by this vile man. His response?

When the Times contacted him, Toback denied the allegations and claimed that he had never met any of these women, or that if he did, it "was for five minutes and [he had] no recollection."

He also claimed that for 22 years, "it had been 'biologically impossible' for him to engage in the behavior described by the women in his story, saying he had diabetes and a heart condition that required medication."

But we're going to believe the women who all have similar horrific stories. And now, in the mere days since the article was published, that number has doubled.

UPDATE: 38 women contacted me for this story. That number has now doubled since it was published. https://t.co/beVGHWGOKM
— Glenn Whipp (@Glenn Whipp)1508705419.0

Karen Sklaire, a New York drama teacher, actor, and playwright who had her own experience with Toback told the Times, "It's a common thread among many women I know ... after someone mentions they were sexually abused by a creepy writer-director, the response is, 'Oh, no. You got Toback-ed.' The numbers are staggering."

If you or anyone you know is a victim of sexual assault, remember that you can call the National Sexual Assault Hotline at 1-800-656-4673 or seek help at www.rainn.org.