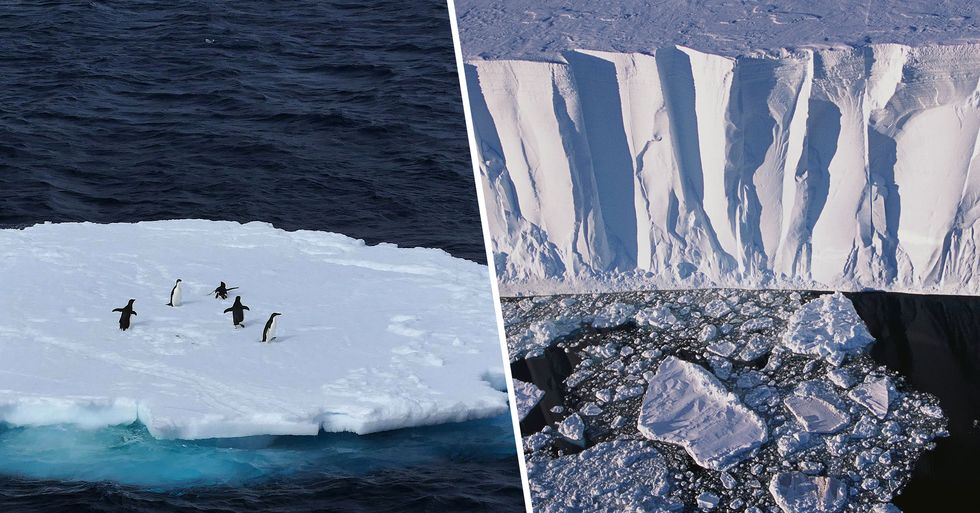 Antarctic Temperature Rises Above 65 Degrees Fahrenheit for First Time Ever

With the conversation around climate change growing, both activists and scientists have been very vocal about ways in which we can reduce global warming. For example, reducing meat consumption, stop buying into fast fashion, reduce plastic waste... all completely feasible and credible ways to make minor changes for the sake of our planet.

And now a frightening statistic has us feeling rather scared...

And one recent stat has environmentalists scared.

Antarctica is one of the coldest places on earth, thanks to its position at the southern pole - meaning more distance from the sun.

And that's how it should be!

Antarctica is home to many animal species.

And many of them rely totally on this continent, unable to survive anywhere else.

But this week, some frightening news broke.

The temperatures of Seymour Island had reached a whopping 20.75 degrees celsius - by far the highest ever recorded.

This follows another scary record-breaking temperature.

A research station in Hope Bay called Esperanza Base reached 18.3 degrees - again, the highest ever recorded in the area.

Actor and activist Leonardo Di Caprio took to Instagram to spread news of the crisis to his many followers.

"We are seeing the warming trend in many of the sites we are monitoring, but we have never seen anything like this," said Carlos Schafer, of Brazilian climate change research project Terrantar.

It's not just Antarctica.

The South Shetland Islands and the James Ross archipelago have suffered from unheard of changes in temperature over the past couple of decades.

It's thought to be a consequence of rising sea temperatures and changing currents.

"We have climatic changes in the atmosphere, which is closely related to changes in permafrost and the ocean. The whole thing is very interrelated." The Australian bushfires have been another horrifying consequence of climate change. Scroll on for some truly shocking before and after images that depict the devastation.