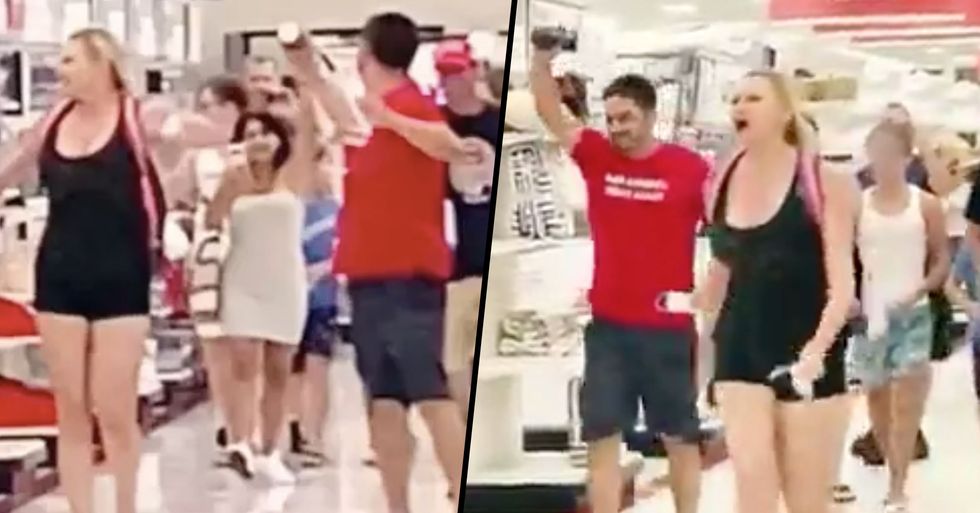 Footage has emerged of a group of anti-maskers storming a store in protest and it's sparked a huge debate in the comments...

Wearing masks has been a point of debate for months now.

So many people have been fiercely arguing over whether masks are necessary or not on social media.

It's well and truly been dividing opinions online...

With those in full support of wearing face masks saying it should have been enforced sooner than it has, while others think masks are a way to control us or are just simply ineffective at protecting us from the virus.

But, as the weeks trickle by...

More and more people are joining the anti-mask movement, believing wearing a mask during the global pandemic is against their human rights.

Studies have shown there could be genuine physiological reasons as to why some people are don't want to wear a face covering.

Other experts blame mixed messages from those in power.

“The mixed messages we’ve all received are probably the main culprit for non-mask wearing. Inconsistent recommendations, along with historic polarization of political parties, magnify a common mistrust of government mandates."

But, whatever the reasons, masks have become an extremely polarizing topic.

And this week is no exception to that after a video began circulating of anti-maskers storming a store.

The footage was captured at a Target store in south Florida on Tuesday.

And there were a lot of disagreements going on in the comments section.

During the clip, the alleged protestors can be seen marching through the store.

While shouting "take it off" to other customers.

Some could also be heard shouting "we're not going to take it anymore."

As other people - including children - waved their unused masks in the air.

For more like this, scroll on to see the drastic punishment one town is issuing to those caught without a mask on...