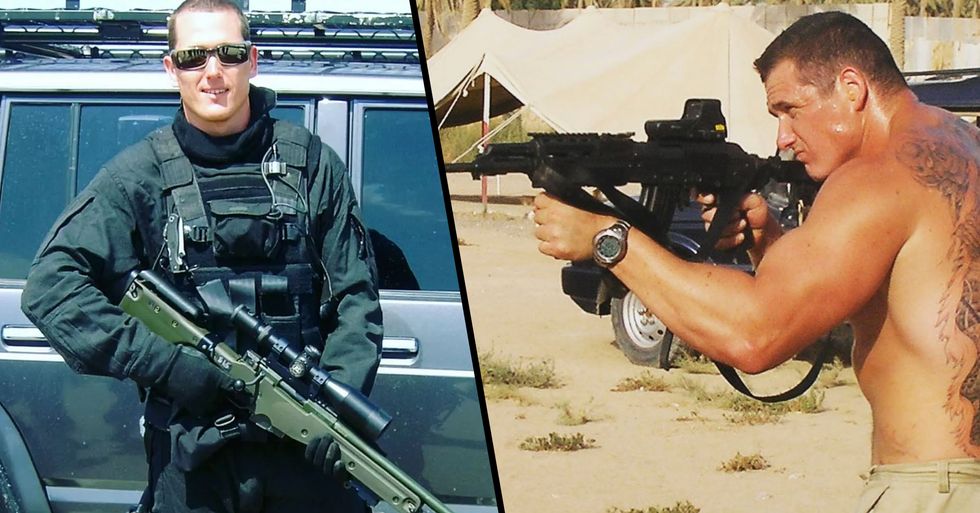 You would think that by the year 2019, humans would have learned that violence is not the answer to everything. But no. There are people out there who are still running around, murdering defenseless animals and then cowardly attempting to justify it by calling it a "sport." Sorry, but if you want to engage in that kind of cruel activity, just own the title of a killer and move on.

But it's people like Damien Mander who have dedicated their lives to sorting out the global poaching problem. He deserves a medal for his efforts.

Check out what he's done in order to protect animals in the wild.

The hunters claim that they're helping to fund "conservation efforts" with the money that they pay to hunt. However, I think that's just an excuse to keep on killing. What's the point breeding animals only to kill them? You aren't adding to anything.

Remember when these British hunters have taken things to a whole new level?

Thankfully, it's people like Damien Mander, an "anti-poacher", who are putting a stop to this behaviour.

The Australian was an Australian Navy Clearance Diver and special operations sniper in the Army's Special Forces 2nd Commando Regiment before he was deployed in Iraq for 3 years.

After completing his time there, he has now dedicated his life to being an "anti-poaching activist."

It all started with a 6-month trip to Africa, where he was fully introduced to the horrors of poaching.

He was inspired by the rangers there.

The forty-year-old told LADbible this: "When I traveled around the continent, I was inspired by the work that the rangers were doing."

"They have something really worthwhile fighting for: giving up everything, being away from their family for so long each year defending the natural world. I had just come from Iraq where we were looking after dotted lines on a map and resources in the ground and it made me reflect on who I was as a person."

He's already traveled through many countries in Africa.

He's toured through South Africa, Botswana, Namibia, Zambia and Zimbabwe and now he's fallen in love with protecting animals. Mander spends all his time and money making sure this cruelty is minimized.

He's even gone as far as selling everything he has.

All his investment properties have been sold and he's now poured the money into creating the International Anti-Poaching Foundation and a ranger training academy in Zimbabwe.

This is what he had to say about the issue:

"Beyond the guns and ammo are the lessons I learned in Iraq that have really been the biggest benefit to what we do."

The foundation helps to equip individuals with the skills they need to be on the front line.

"The ability to get the local population on side, get the hearts and minds, that's more important than anything else and it's something that we completely failed at in Iraq. We're able to take those failures from Iraq and turn them into a positive."

And because of Mander's work, rhino poaching in the area has dropped.

Overall, they have seen the numbers of poachers reduce by up to 90% and eventually, they were able to stop the perpetrators from coming to the region in Mozambique altogether.
"The rate of incursions of poachers into Kruger National Park, about 75% of those were attributed as coming from Mozambique into Kruger and with the operations established on that side of the border, that dropped to around 30%," Mander said. "We got a lot of credit for that, got a lot of kudos."

However, it's been a long and difficult battle:

"We had helicopters, drones, canine attack teams, military-grade hardware [but] we had this ongoing conflict with the local population and while we might have won that battle overall, what we were doing was not sustainable."

"We were saving rhinos and we were having a war with the local population on a continent that is going to have two billion people on it by 2040."

As well as the rhino population, they also managed to help reduce poaching elephant numbers.

"The data we've got, we've been able to see 80% reduction in elephant poaching across this region of the Zambezi Valley and, again, we can't take full credit for that but the amount of arrests we're making and work we're doing in the communities is attributed towards that impact."

He had one final message for everyone.

"We are one of millions of species on this planet but we're the only one that determines what level of suffering and destruction is acceptable for all others. [Next] it'll be us going extinct."

He damnded we take action now.

"We need to decide if we want to be part of the future and if we do, we need to make changes." Keep scrolling if you want to read more about how dangerous hunting can really be.