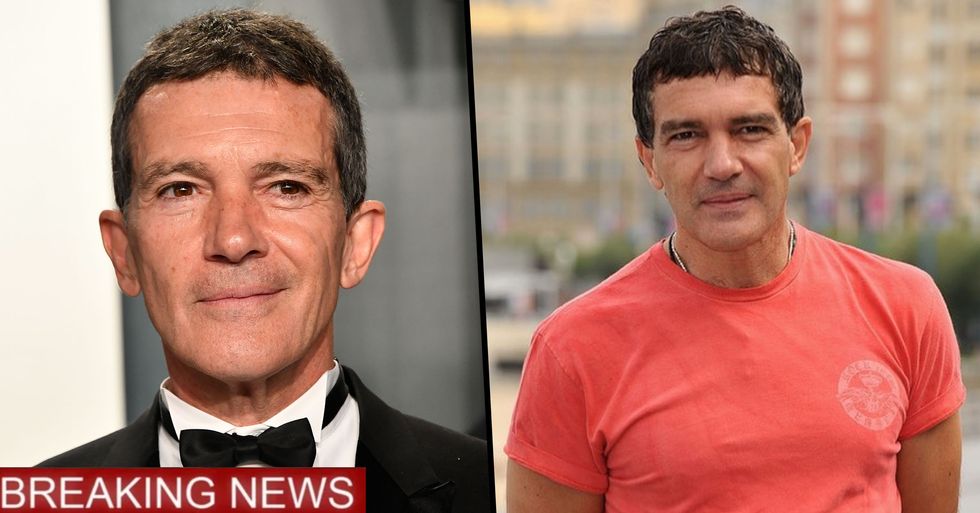 Antonio Banderas Says He Has Contracted Coronavirus on His 60th Birthday

Antonio Banderas has revealed some sad news to fans today, and he has opened up more about his symptoms...

Academy awarding-winning actor, Antonio Banderas, is one of Spain's most famous faces.

He's got a rather impressive big-screen resume under his belt.

The star has featured in several big Hollywood hits.

Including the likes of Evita and Interview with the Vampire.

Although, he really rose to fame for playing Zorro in the eponymous film series.

The 1998 flick was hailed as being the blockbuster of the summer at the time.

You may also recognize his voice from the Shrek franchise.

The star lends his voice to the infamous Puss in Boots.

Antonio has won numerous accolades for his work on the big screen.

Including a Cannes Best Actor Award and nominations for a Tony Award, an Academy Award, 2 Primetime Emmy Awards, and five Golden Globe Awards, just to name a few.

The global pandemic has hit the world hard

And we are still in the midst of lockdowns, quarantines, and social distancing measures.

Today, news has emerged that actor, Antonio Banderas, has tested positive for the virus.

The Spanish actor informed his fans of the news, which he received on his 60th birthday, on Twitter on Monday.

But he admitted he was feeling a little more tired than usual.

Translated from Spanish, he wrote:

"I want to make public that today, August 10, I am forced to celebrate my 60th birthday following quarantine after having tested positive for the Covid-19 disease, caused by the coronavirus."

The star says he is confident he will make a full recovery.

"I would like to add that I am relatively OK, just a little more tired than usual and confident to recover as soon as possible following the medical indications that I hope will allow me to overcome the infectious process that I suffer and that people is affecting around the planet."

He also says he's going to be taking advantage of the isolation...

"I will take advantage of this isolation to read, write, and rest, continue making plans to begin to give meaning to my newly released sixty years to which came loaded with desire and illusion. "Big hug to everyone."

Plans for his 60th birthday have been delayed following his positive test.

We wish him all the best in his recovery!