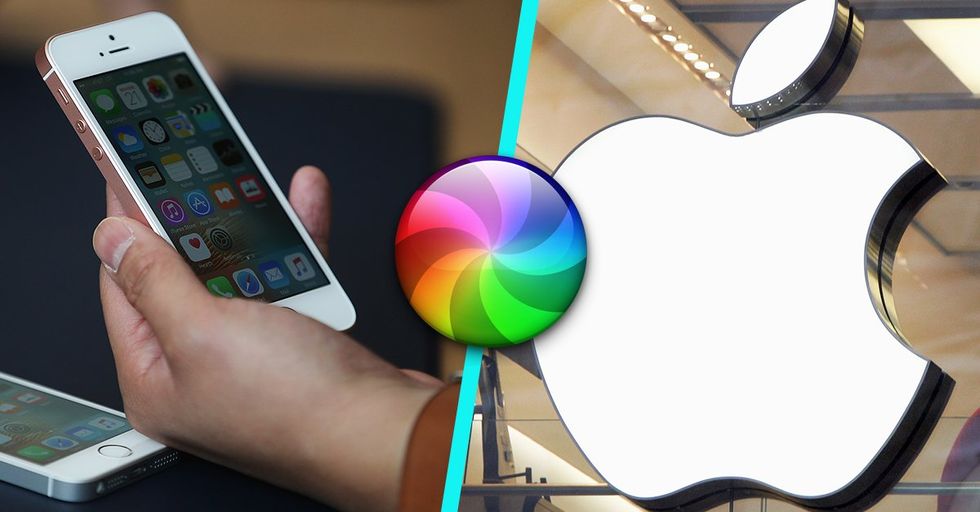 Real talk: Companies don't always have your best interests at heart. You know this to be true.

Companies are basically just trying to turn a profit, and if it means consumers take a hit, so be it. Sure, there are some brands out there who care more about customer loyalty than they do about making a buck, but it's feeling like those types of businesses are becoming few and far between.

For a while now there's been a conspiracy theory surrounding Apple iPhones — namely, that they implement purposely make older phones run slower in an attempt to make people shell out for the newer model. As it turns out, there may be some truth to the theory...

These days, it's hard to get through life if you don't have some kind of smartphone.

You use it talk to your friends and family, sure. But it's useful for so much more than that. It's probably your main connection to Facebook, Instagram, and other social media sites. Not to mention your photos and all the games you play on it. Phones are pretty essential for most people these days!

But if you have an iPhone, you may have noticed something a little hinky with your phone after a software update.

When you first get your phone, it's lightning-fast and can do all the amazing things you need it to do. You're snapping selfies, sending texts, and loading 22 Words articles like you've never loaded them before!

But then, inevitably, you need to update your phone's software. After you do so, you see a lot more of this:

Your phone takes forever to load! It's frustrating and makes you want to go out and by a new phone immediately.

Smash that phone in twain! In twain, I say! Nobody has time to wait for a slow phone to become useful.

Or maybe you're more of the Ron Swanson school of thought:

Hammers! Sure! Anyway, your phone's slowness can't be caused by the software update, right? Surely that's just a coincidence in timing? Well, funny you should ask. As it turns out, there may be more to it...

Apple released a statement saying that they do in fact slow down old phones intentionally with new software updates.

They've deliberately made old iPhones slower! Of course, Apple is also saying that their reasons for making phones slower are not nefarious. According to them, they slow down the phones in an attempt to protect its internal components. Apparently, the batteries in iPhones degrade over time, which can sometimes cause phones to unexpectedly shut down. The software updates for the iPhone 6, iPhone 6S, iPhone SE and iPhone 7 were meant to "smooth out" demands on the iPhone battery to prevent these surprise shutdowns.

People have long assumed that Apple was intentionally making old phones slower in order to make people buy the latest model (honestly, we still think there may be something to that theory). If it's actually just to protect the phone, that's probably fine, but a lot of people agree that Apple should have been more transparent about the process.

Loyal Apple customers are already talking about switching to another brand.

No word yet on whether Samsung does the same kind of "updates" on their phones. We have to admit: It kind of feels good to find out that this "conspiracy theory" has been true all along. We're not totally crazy!

@onlyhectorr @Apple I was an apple fan. I guess I will take back the iPhones I bought for Christmas and get Samsungs. Bad Apple is right.
— Taylor (@Taylor)1513870398.0

Really, Apple should not only have told its consumers that they were intentionally slowing down their phones; they should probably also have offered the chance for consumers to opt out of the "service." Instead, they just went ahead with their plan and let the consumer deal with the consequences.

What do you think? Is Apple in the right, or are you about to throw your phone against a wall?

Regardless of which side of the argument you're on, this could totally have been handled a better way. People don't like being tricked and lied to, but that's basically exactly what Apple was doing. Here's hoping they're more transparent in 2018!