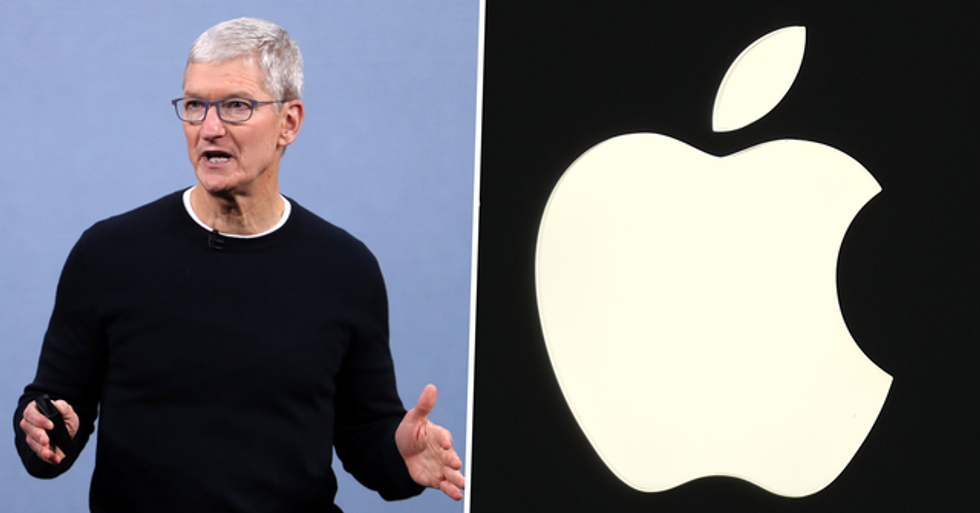 In some very bad stock market news, Apple has been hit hard.

But that doesn't mean they are immune from the shifts of the modern world.

And recent times have been tough.

The pandemic has changed the economy in ways previously totally unforeseen.

But in spite of this popularity, things aren't looking so great for Apple right now.

As the company has just received an accolade no company would want.

The biggest company loss of money in a single day.

The most recent iPhone model was released in September of last year...

Millions of people around the world were desperate to get their hands on one...

And fast-forward to today, a lot of people are now up to date with their Apple lifestyle.

But there is something that a lot of people have noticed when Apple releases a new model...

And that's how slow the older models suddenly become... overnight.

This is certainly no coincidence...

Because in 2017, Apple confirmed that they actually slow down older iPhone models as they age... but only because battery performance reduces over time.

For the majority of the pandemic, big companies like Amazon, Facebook, Apple and Microsoft have fared very well.

But there's been a shift.

As the reality of the recession sinks in, many companies are now facing problems.

Apple is still up by 65% from January.

Even more staggering? They've come up 127% since this time last year.

But what comes up must come down.

And yesterday saw the worst individual day for any company, ever.

An amount that truly makes you feel sick to your stomach.

But honestly, it's not quite as bad as all that.

The company is still worth over an unfathomable $2 trillion, so this is really a drop in the ocean.

Will they make a comeback from this?