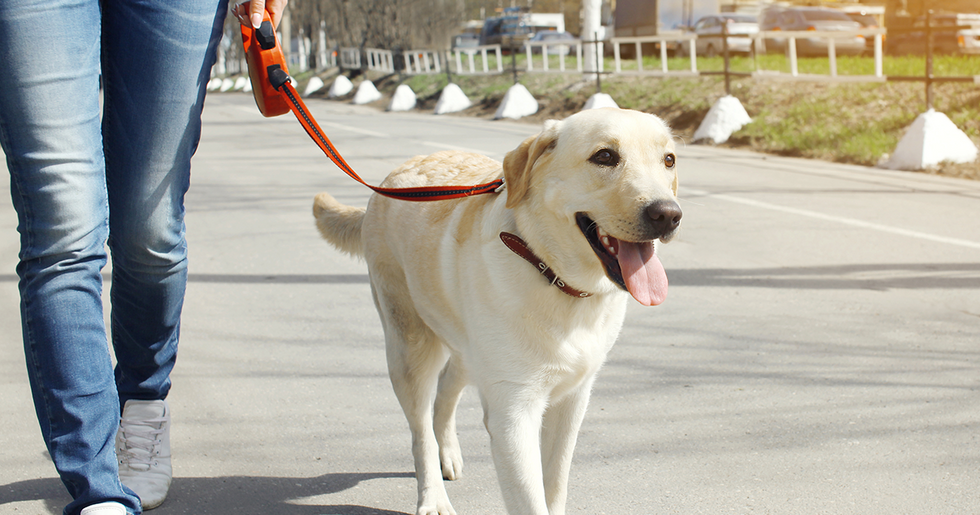 For too long, the government's held back all its findings on extra-terrestrial beings and technology. And it's frustrating to know that there are answers just behind a chain-link fence and, presumably, hundreds of armed guards in Area 51. We the public deserve to know what all that alien junk is about!

But while the government is doing its best to keep all its alien secrets from us, another organization is doing their absolute best to be heard. Oklahoma City Animal Welfare has 121 dogs, 42 cats, and even three pot-bellied pigs up for adoption. And they want desperately to get these cuties adopted.

OKC Animal Welfare's plan? Play into the internet's Area 51 obsession. A super cute Facebook post suggests UFO obsessives hold off on Area 51 and instead storm their shelters. And we kind of love the strategy, even if it is a little bit dorky...

Area 51 is a government base in Nevada.

Officially a United States Air Force base called Homey Airport or Groom Lake (there's a salt flat right next door), Area 51 is supposedly, according to its Wiki, "an open training range" that "most likely supports the development and testing of experimental aircraft and weapons systems."

Ostensibly purchased so that they could test one specific aircraft, the Lockheed U-2, the Air Force picked up the land and began to develop it in 1955.

But the site wasn't officially acknowledged until 2013.

As reported by CNN, a National Security Archives employee filed a Freedom of Information Act in 2005, and in 2013, the CIA released documents both confirming the existence of the site and laying out its purpose, which is still, officially, to test various new aerial technology — but the kind built on Earth.

No one knows what's inside.

While we could take the government at their word, we also have to remember that Area 51 is absolutely where they're keeping all the aliens. I simply refuse to believe they're not in contact with visitors beyond the stars and that they have captured at least 10.

But we need to know.

That's why the "storm Area 51" meme has such legs.

Right now, the internet is obsessed with storming Area 51 to see what there is to see inside. It speaks to the very human fear of secrets; the anxiety that someone's getting one over on us. When something comes along that taps into that emotion, we latch onto it.

Even though it's an obvious sh*tpost...

The act of sh*tposting, according to Urban Dictionary, consists of putting up "mildly amusing but usually unfunny memes, videos or other pictures that are completely random or unrelated to any discussions." It was a sh*tpost that started the Area 51 meme — a poorly-made Facebook page called Storm Area 51, They Can't Stop All of Us.

... over a million people have RSVPed to the event.

You see? People are into it. The Area 51 meme has gained much more traction than any other meme this year — even that one with the Spider-Man villains in a year that had a new Spider-Man movie! That is meme power.

Of course, no one's actually going to storm Area 51.

Even though it's officially a Facebook Event page and over 1 million people have clicked "Going," no one is actually going to storm Area 51. If you've ever had a birthday party, you know that someone saying they're coming on Facebook means less than nothing.

Another big part of the Storming Area 51 meme is running in there like anime character Naruto, with your torso angled forward and your arms pushed straight back. It is, without question, the mist embarrassing way to run.

But we do want to see those aliens!

The mystery of what's really inside Area 51 is still enticing. It could potentially be packed to the gills with the kind of incredible creatures we couldn't have ever previously fathomed.

One Oklahoma City animal shelter is hitching their wagon to the meme.

To be honest, we don't see an obvious connection is between Area 51 and dog rescue, but that didn't stop Oklahoma City Animal Welfare from bringing them together. Maybe whoever handles their social media was already making Area 51 posts and just decided to merge it with their job?

Seems reasonable. If there's one thing human beings are good at, it's ignoring the most fascinating pockets of mystery and wonder that have been sealed away from us. We don't care about any of that sort of stuff...

... and instead, storm their shelter.

The way OKC Animal Welfare sees it, a group of people big enough to overwhelm Area 51's security measures would statistically be full of people who are open to adopting a dog.

There will at least be fewer armed guards.

I'm not sure if OKC Animal Welfare's shelters have any armed guards, to be honest.

It's so cute to see dogs do the same thing insane people do! I think that's why I like it so much when my dog gets the zoomies and runs back and forth through the hall really fast — that's what my old boss at Toys 'R' Us used to do when he was worried the CIA was coming to collect his teeth.

OKC Animal Welfare are holding an adoption event this week.

Happening much sooner than the supposed Area 51 raid, OKC Animal Welfare is holding an adoption event. If you're in the area, make sure you Naruto-run over.

Because you'd be crazy not to go get a dog.

Let's not beat around the bush here — dogs are the most wonderful animals on the planets. They're kind and loyal and they just want to be held. We'd all be better off owning dogs.

Or maybe a cat.

Let's also not beat around the bush here — cats are the second-best animal you can own. They're kind of aloof and don't shower you with love the way dogs do, but they are independent and very cute and it's funny when they look grumpy.

Or even one of those pot-bellied pigs.

And let's not beat around the bush here — pot-bellied pigs are cute and all, but you have to be really weird to own one. Like, can you imagine telling a date that you have a pet pig at home? They would immediately think your house is dirty — a literal pigsty.

Some folks have been posting about the dogs they've gotten from the shelter.

This little girl is named Neeka, and she was just adopted this week from an OKC Animal Welfare shelter. Their owner is so happy with her she posted under the Area 51 post, even though Neeka is not wearing any tinfoil on her head.

And they're so cute.

This is Peanut Butter, who was adopted from OKC Animal Welfare back in 2013. His family clearly loves him quite a bit, but not enough to put tinfoil on his head to keep the government from reading his thoughts.

It is a little bit lame.

There is a little bit of a "How are you doing, fellow kids"-sort of vibe to this messaging. The grown-ups at OKC Animal Welfare saw the kids talking about Area 51, so they thought they'd do it too.

Hey guys, there is a meme about Spider-Man villains. Maybe it's something like, "me and the boys getting ready to go to an animal shelter and adopt a new friend"? I'm just spitballing here.

And speaking of Spider-Man...

It reminds me of Spider-Man: Homecoming, when Captain America starred in those doofy PSAs that played in Peter's school. "Now kids, I know we all think Area 51 is cool, but you know what's not cool? Shopping at a puppy mill."

But at the same time? Who cares?

So OKC Animal Welfare's acting a little dorky. At the end of the day, if that's what it takes to grab the attention of someone — anyone — then so be it.

These dogs are all very nice.

What's crazy about dogs is, every single dog I see is the cutest and best dog I've ever seen. They're all so wonderful! I love dogs so much! It is kind of weird!

And they deserve good homes.

Every dog in that shelter, and every shelter, deserves to be petted and fed and have a stick thrown for them. Here's a way to find a shelter near you if you're at all thinking about adopting a pet.

Because as much as we want to see aliens...

And don't get it twisted, we do still want to see aliens. Those dudes probably have, like, anti-gravity ray guns. That is, objectively, sick as hell.

... there are awe-inspiring creatures here already.

Listen, a good dog will curl up with you when you get sick. I'd like to see some green-skinned Area 51 escapee do anything that sweet.