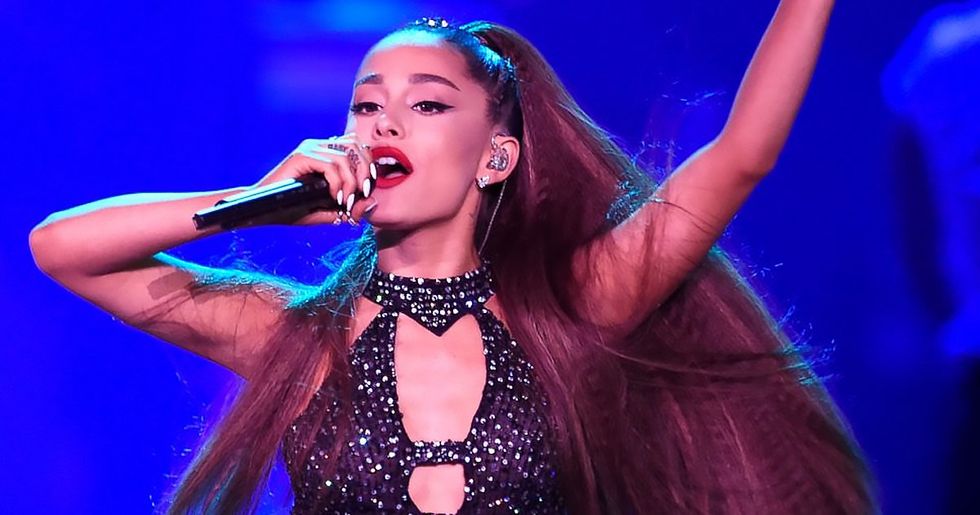 Ariana Grande Was Paid Double What Beyoncé Was to Headline Coachella

If you were paying different people to do the same job, it follows that you'd give them the same amount of money, right? And yet, equal pay for equal work is often a pipe dream for a lot of people (let's be honest here — I'm talking about women and minorities). The latest victim of this at best myopic and at worst malicious practice is... wait... this can't be right. Beyonce?

Pop star Ariana Grande was the headliner of this weekend's Coachella music festival, following last year's show-closer, Beyonce. And while Beyonce is one of the greatest performers of this or any era, it's now coming out that Ariana may have made two times more money than Beyonce.

What's going on here? How could this have happened? And why am I just finding out that Coachella was this weekend? Not one of my friends asked me to hop in their car?

Let's dive in and answer those questions (well, the Ariana/ Beyonce questions. I'll never know why I didn't get an invite to Coachella. I am very fun on road trips.)

Let's get to know this story's major players. First up, Ariana Grande:

After staring in the Nickelodeon show Victorious, Ariana Grande moved on to a solo music career. And she's having a bit of a moment right now, having just put out the record thank u next and the sick-ass single "NASA". For real, have you heard "NASA"? Oh man. Total banger.

You know who Beyonce is. Come on. She was in Destiny's Child? The biggest celebrity in the world, even though she was in Austin Powers in Goldmember? Yeah, that Beyonce.

Technically called The Coachella Valley Music and Arts Festival, Coachella is an annual music festival held in Indio, California. Each year, Coachella is headlined by the biggest names in music, and this year was no different, as it featured performances from the likes of Childish Gambino, Chvrches, and... Idris Elba?

Wait, did Idris Elba for real perform at Coachella?

We live in weird times, man. Stringer Bell from The Wire is a DJ at Coachella and Donald Trump is president. (Honestly though it would honestly be great if those two could trade jobs.)

Basically, all you need to know about Coachella is that without it, the flower crown industry would have collapsed a long time ago

Do you have any idea how many jobs in the United States come from the flower crown industry? The answer may surprise you... (Nah, it won't. It's not many. Which is probably what you guessed.)

I'm going to assume she performed "NASA" at least three times. Mm BABY, when that "Imma need space" part kicks in? I defy you not to do that ting where you bite your lower lip and nod along as you squint your eyes — the universal sign of a banger.

Plus, Ariana performed with N*SYNC! N*SYNC!!

And it was, by all accounts, phenomenal. Even just scrolling through pictures of the performance just now made me want to smash the windshield of my cheating man's pickup.

Now, Ariana reportedly made eight million dollars for her performance

As someone intellectually incapable of contemplating that amount of money, I'm going to say that, yes, eight million dollars is worth it for one performance. Sure.

But the year before, Beyonce was reportedly only paid FOUR million dollars

According to Insider, Ariana's paycheck was two times as large as Beyonce's. And, I'm sorry, but come again? I know that even four million dollars is more wealth than 99 percent of the population will ever see, but Beyonce comes in second to no one. Not Kelly Rowland, not her cheating man's pickup truck, no one.

And before we get into whether or not Ariana is worth double Beyonce, let's all ponder how much we think a Coachella performance itself is worth?

And as you make that value judgement, keep in mind that the most beautiful people in the world will vaguely pay attention to that performance while they take selfies and sweat.

Obviously, hearing about the potential payment disparity did not please Beyonce fans...

Usually I'd say Beyonce doesn't need anyone to stand up for her, but if she really did get paid half of what Ariana Grande did for doing the exact same thing, then maaaan... that's messed up.

It's clear Beyonce put more into her performance than Ariana...

We're out of "equal pay for equal work" territory here, having ventured all the way into "less pay for significantly more work" county. It truly boggles the mind.

Even Ariana fans know something here is broken

No one comes near her. Not even close. I love Ariana Grande but her Coachella performance in comparison to Beyoncé’… https://t.co/9YMhVsxKVI
— Doireann Garrihy (@Doireann Garrihy)1555538461.0

Even with all the caveats in the world — "I love Ariana Grande", "she hasn't been doing this as long", "women should be pitted against each other" — it's impossible to ignore the fact that Beyonce should be paid at least as much as Ariana Grande.

Sometimes, the sickest burns contain the fewest words. Calling Ariana's headlining performance her "little show" is the kind of roast that's going to make Ariana wake up in a cold sweat for decades to come.

Now, before we get too mad on Beyonce's behalf, I have to remind you...

... Beyonce is already rich. She's gonna be fine, whether you take to Twitter on her behalf or not.

But I get it

We all love Beyonce. She's taken on meme status, becoming the end-all-be-all, an all-powerful god walking (dancing?) amongst us mere mortals.

That's what makes this story so crazy: how could Beyonce — BEYONCE! — be usurped by Ariana Grande?

We've all decided Beyonce is almost omnipotent; a cultural figure held in such reverence that we have no choice but to worship or risk the ire of our music-loving peers. Ariana Grande? She's not on that level.

And there's no shame in losing to Beyonce! As former WWE Champion CM Punk once said (not just about Ariana Grande but about all of us)...

CM Punk for sure stole that line from a Nas song, but whatever. I don't think Nas ever even had a WWE match, let alone beat John Cena to win the title.

But maybe we should be getting mad on Beyonce's behalf

Paychecks are about respect; about how much a specific someone or a specific job is valued. When Beyonce is paid less than Ariana Grande despite doing an objectively better job, the message is "Beyonce is not as valuable as Ariana Grande."

And with Coachella not speaking on the matter, we're left to wonder — what could possibly explain this difference in pay? Is N*SYNC worth four million dollars?

If you asked me in 1999, I would have said yes. But if you ask me today? I would still say yes! Have you ever even heard "Bye Bye Bye"? How about "Pop"? Total banger! And don't forget about "(God Must Have Spent) A Little More Time On You"? That song had two titles!

N*SYNC aside, it must be pointed out that Ariana's show was much worse than Beyonce's

Coachella paid more for Ariana Grande than they did Beyoncé and this is what they got... https://t.co/BHisvH8Hrv
— Kamala’s Bayang (@Kamala’s Bayang)1555671269.0

It sure sounds to me like, even from just a pure value perspective, paying Ariana that much wasn't worth it. And don't get it twisted — that's not even a knock on Ariana!

Because Beyonce's Coachella performance was incredible

It's been described as an intricate celebration of black excellence, and it featured songs from her entire decades-long career, guest appearances from her sister Solange and husband Jay-Z, and the most intricate choreography you'll see this side of a John Cena/ CM Punk match.

Again, not a knock on Ariana! It's a great performance! But if you're Coachella, wouldn't you rather have Beyonce do what she did and come up with something intricate and life-affirming, as opposed to a quick copy/ paste job?

I should do that with my freelance writing

Yes, that does mean there will be a Netflix special and live album all about the making of this article. (The live album is just the sound of typing!)

But Ariana? For her, the job is done!

That eight million is all she's gonna get from her Coachella performance. I assume she got it in coins and went swimming in it like she were Scrooge Mc-damn-Duck.

Who knows if Beyonce will be able to turn her performance into more money?

Beyonce certainly bet on herself, but she might never get the chance to go Scrooge McDuck diving in her Coachella money. She will, once again, have to settle for going swimming in her merchandise money, her album money, her acting money, her insurance money (from breaking all those windshields on all her cheating man's pickups).

There are conflicting reports, though, about how much Beyonce was actually paid

Some sites are reporting Beyonce actually made the same 8 million as Ariana. Obviously, we won't know the truth unless Ariana and Beyonce both show us their bank statements, but let's assume it's true, that Beyonce and Ariana made the same amount of money. What, then, were we so angry about? And why are so many on the internet so inclined to believe it?

And I think this is the answer:

According to the Economic Policy Institute, African Americans make less money than white people across the board. Whether or not Beyonce was paid less than Ariana in this specific instance, hearing that a black performer being paid less than a white performer rings true to those who've experienced it in their own lives. That's why, even though Beyonce and Ariana are both millionaires, this is worth getting mad about.
20%

$39.64 $31.71
Buy Now
See More Deals
We hope you find these deals as awesome as we do! Just an FYI: we may receive a share of sales from links on this page