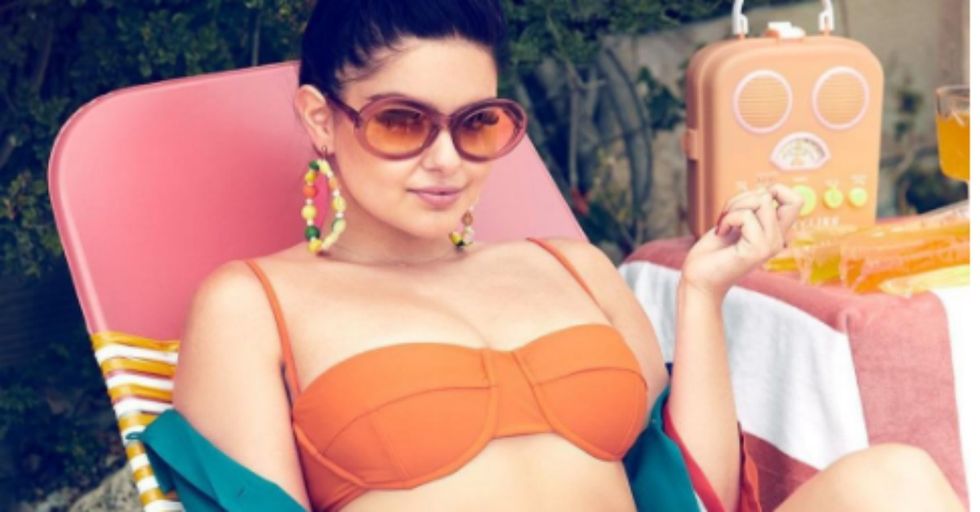 Modern Family actress Ariel Winter is no stranger to controversy and body-shamers, but it has to hurt a little bit more when it's coming from your own family.

Back in 2015, Winter emancipated herself from her biological mother, Chrystal Workman, citing physical and emotional abuse as the reason. Winter also felt Workman tried to sexualize her at a young age.  Winter accused Workman of depriving her of food and bullying her about her weight. Workman denies these allegations but Winter was granted emancipation which leaves the accusations murky.

To say they don't have a great relationship would be putting it mildly.

But things took a turn when Winter underwent a breast reduction and started posting more photos on social media.

Suddenly, Workman came out of the woodwork to talk to In Touch about how she disapproves of her daughter's sexy photos on Instagram.

"She needs to grow up," she said. "I would tell her to dress properly, be the beautiful person she is. I feel sad that she feels the need to expose herself when it’s not necessary. Ariel is smart, beautiful and talented. She is a legitimate actress. She does not need to do this. She is beautiful with her clothes on."

Whoa whoa whoa. If you ask us, it's not really the place of an absentee mother to publicly shame her daughter. And it seems like Winter agreed:

While most people agreed with Winter, others took Workman's side:

Clearly we don't know the family dynamic, and it's not our place to judge how a young actress should portray herself. It's just always sad to see it played out in such a public fashion.