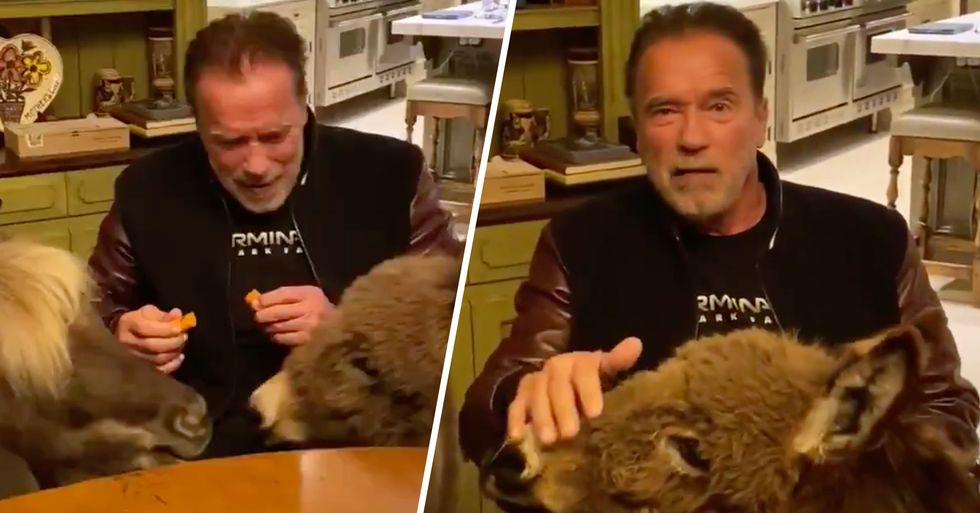 Hundreds of thousands are currently infected with the virus, with many more being urged to self-isolate, and that doesn't exclude the rich and famous.

Arnold Schwarzenegger has been giving his own briefing of what to do in these troubling times.

It has been confirmed by Worldometer that 7,067 people have now died globally, with the majority being in mainland China. A further 179,257 have been found to carry the virus and be infected.

So far, 4,141 people have been confirmed to have been infected with the virus, and thirty-one have reportedly died.

More and more are turning to self-isolation to protect themselves.

I'm disheartened by the amount of people on here saying "Coronavirus is really only dangerous for old people." You… https://t.co/bULL0AEFSj
— David Wade (@David Wade)1583876866.0

Especially the elderly, who are more susceptible to infection.

Arnold Schwarzenegger is no ordinary exception.

Stay at home as much as possible. Listen to the experts, ignore the morons (foreheads). We will get through this to… https://t.co/YkUiQbDkRT
— Arnold (@Arnold)1584327098.0

The seventy-two-year-old posted a video to Twitter on Sunday night. The video shows him sat at home, casually feeding his pet horse and donkey... as you do. In the video, he made an announcement about the importance of staying at home to avoid contracting the virus.

He referenced that people over sixty-five are being advised to self-isolate.

Schwarzenegger said: "See the important thing is that you stay at home because there's a curfew now."

Watch this. It shows why we should all do the right thing and stay home to the fullest extent possible. All of us c… https://t.co/GOODRTNI2e
— Barack Obama (@Barack Obama)1584299337.0

"We stay home, and we eat here," he says, while feeding a carrot to his tiny horse, Whisky, alongside his donkey, Lulu. "Oh yes, that's yummy."

The video was incredibly wholesome.

"Lulu loves carrots, Whisky loves carrots, I just had my little bit of vegan food," says Schwarzenegger. "See that's what we do, we don't go out, we don't go to restaurants, we don't do anything like that anymore here. We just eat with Whisky and with Lulu, we have a good time."

To be fair, I wish I was invited.

This isn't the first time Schwarzenegger shared his advice while being self-isolated in his home.

He shared this video a couple of days ago...