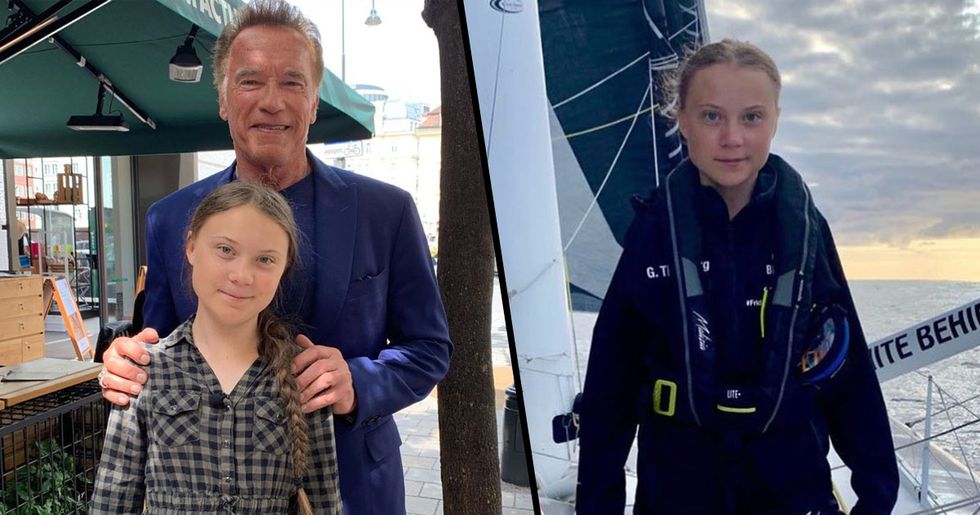 Greta Thunberg has had a remarkable year. The trailblazing teen climate change activist has started an entire climate change activism revolution with her school strikes each week, which are now happening around the globe, with millions taking to the streets. She's got the world talking about an issue that many have shied away from, and despite having her critics, there's no denying her huge impact on the movement.

It's also no secret that the teen has amassed several celebrity supporters. The likes of singing sensation, Billie Eilish, Hollywood giant, Chris Hemsworth, and songstress, Janelle Monáe, have all backed the environmentalists' cause. Now, acting legend, Arnold Schwarzenegger, is the latest to speak out in support of the teen.

During his press tour for the new Terminator movie, the star praised Thunberg and said that he thinks "politicians are listening." He also had an interesting proposal for the environmentalist.

The actor offered to lend her an electric car so she could get around the U.S!