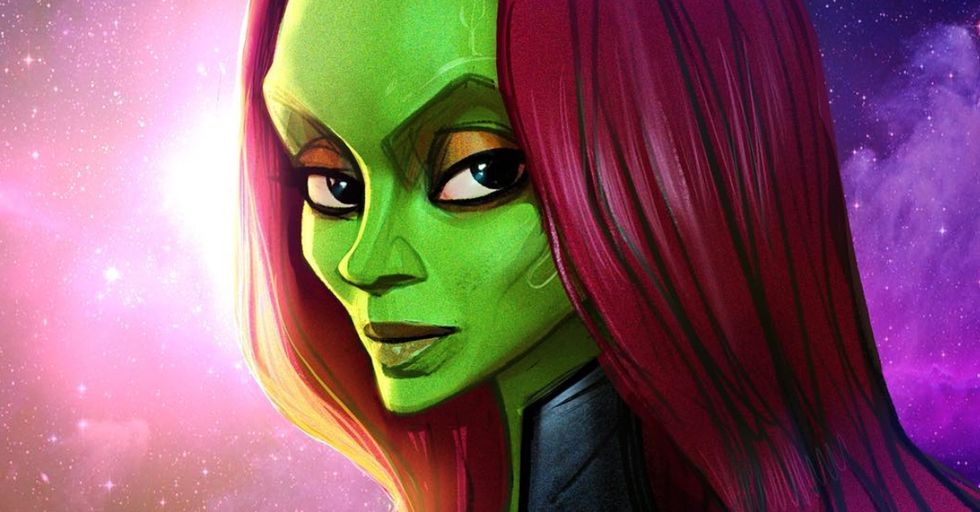 Xi Ding is a caricature and face design specialist in Austria, and he creates the most amazing art.

Seriously, the man's work is impeccable. His focus is on pop culture, and he's done drawings of everything from Stranger Things characters to Game of Thrones. Lately, however, he's been doing Marvel characters. Lots of them. Take a look.

That red cape, the impeccable hair, the white streak. It's the good doctor himself in all his saturnine glory. Enjoy!

That lightning, that thunder, that eyepatch! The god of thunder never looked so good. But that's not the only Thor in the collection.

Here's original Thor with the full-on beard and rolling clouds behind him. The only thing we're missing now is his trusty hammer.

This is a more somber Captain America than we're typically used to seeing. Looks like the weight of the world is on his shoulders. Probably because of all those problems with those pesky infinity stones...

Is there a Marvel character we love more than Groot? Particularly when he's in Baby Groot form trying to kick butt and take names.

Here is Star-Lord, AKA Peter Quill at his eyebrow arching Star-Lordiest. He looks sort of smug, don't you think?

Gamora is a very kick-ass character, and in this picture, she looks like she just turned back towards an enemy and delivered one last warning.

We've always loved Mantis. So sweet, so innocent, so unexpectedly powerful. Here, she's captured in all her wide-eyed glory.

Iron Man who? That's Mr. Stark to you!

Even when Killmonger is in a rage, he has a devilish twinkle in his eyes. Here he is, on the cusp of bringing down the fury to some poor soul.

One thing we love about Princess Shuri, it's that she's smarter than everybody else and knows it. Here she is reveling in her intelligence.

Okoye has no time for fools. You can tell by the turn of her lip. The woman always means business.

"The power of the Black Panther will now be stripped away." Say what?

Loki has a plan. It involves the betrayal of his brother/enemy Thor. He's waiting for the best time to unleash it upon the world.

Delicate. Intelligent. Powerful. All words that describe Nakia, as captured in this picture.

You want more Killmonger, you say? Well look no further...

"Mr. Stark? I don't feel so good..." Are there any words more devastating than Spiderman's words in Avengers: Infinity War?

Dr. Strange is a very strange person, and here he is captured in all his unnatural glory. Feast your eyes... Know a Marvel lover? Send them this post!