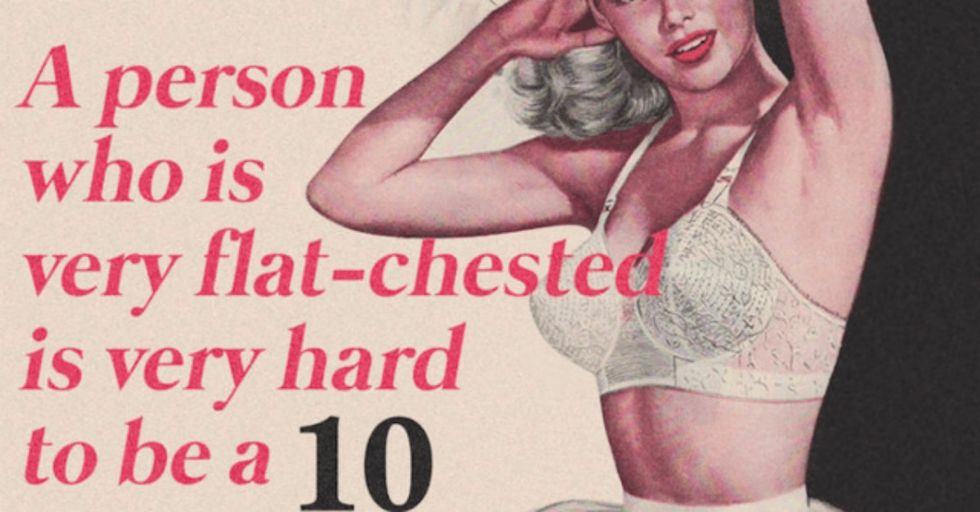 Women have come a long way since the 1950s, but sometimes you wouldn't know it by the way our current President speaks of the sex in general.

An artist and activist who goes by the name Saint Hoax has spent the last two years fighting Trump for "all the obvious reasons," and decided to photoshop famous sexist Trump quotes and put them on misogynistic advertisements from the 1950s.

She calls it "Make America Misogynistic Again," and frighteningly but not surprisingly, it's depressingly accurate.

"As I was going through the lists that Huffington Post and Business Insider put together, I couldn't stop linking these posters to Trump's sexist remarks about women," Saint Hoax said.

"I decided to match the visuals with sexist Trump quotes and show them to my friends without actually telling them where I got the quotes from," she added. "I told them that these were the actual advertisements that were published in the '50s/'60s and they believed it."

What does she hope to accomplish?

"I'm hoping that these posters would make people realize that this 'locker room talk' is extremely dangerous especially since it's coming from the President of the United States," Hoax said.