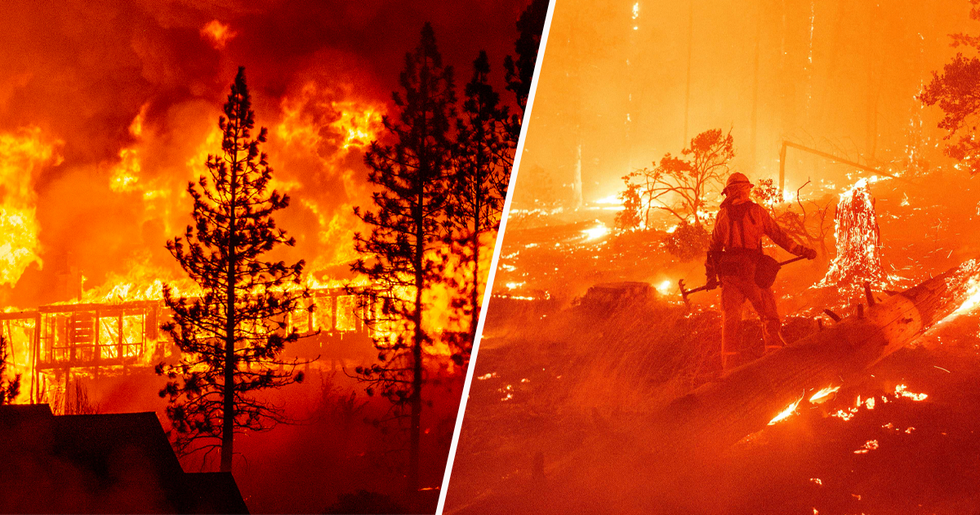 The California wildfires are just continuing to spread more and more devastation.

At least 1 person has now been confirmed dead after an entire town in Washington has been "decimated" due to the rapid spread of these fires. Keep on reading to find out more about this heartbreaking story...

The deadly flames have so far burnt over 1 million acres and sadly, there is no end in sight.

Things are just continuing to get worse.

The states of Washington, Utah, Oregon, and Colorado are now battling an intense heatwave caused by the California wildfires... including a few more blazes that have been sparked.

In Oregon and Idaho, fires close to power lines shut off the electricity...

Which caused misery and chaos to thousands of homes and businesses.

It has also been reported that the town of Malden in Washington has been "completely decimated".

Deputies told 4 News Now that seventy-eighty percent of the homes in Malden have been destroyed by a fire sweeping through the area. Level 3 Evacuations were issued for residents in the area, but within hours, most of the town had burned to the ground, with powerful winds pushing the flames and smoke southwest.

Malden has a population of roughly 300 people...

And at least 1 person has been reported to have passed away from the devastation.

This is a truly devastating time for our country...

And it's clear to see how much heartache has been caused by this deadly disaster all around the world.

Our deepest condolences go out to all of those affected by these terrible fires...

And we also want to commend those who have been working tirelessly to keep the flames and devastation at bay. Keep on reading to learn about the Aussie firefighters who are doing their bit to help...
20%