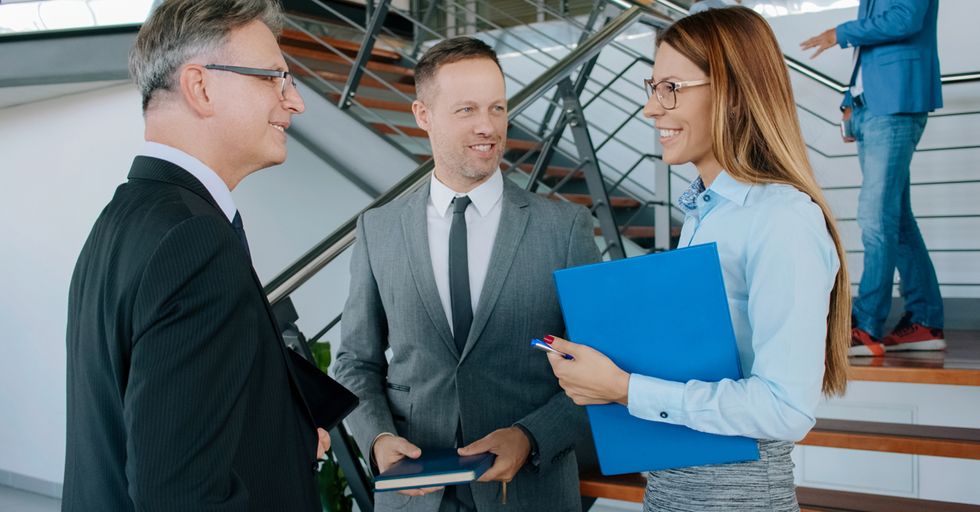 In the latest news from "studies that will make you want to cry," science has confirmed that humans are sexist jerks. We've always suspected that it's the case, but now we've got evidence of at least one instance: attractive women are considered untrustworthy.

It's part of what researchers are calling the "femme fatale" effect, and here's what might surprise you: both men and women are more likely to judge attractive women as untrustworthy. If you're the kind of person who thinks that women get the same treatment as men, you should probably take some time to read through the details of this study because it will change your perspective.

It's 100% bananas that women are penalized for their looks, and it's time for us to start facing our own biases. Let's check out what the study found and what researchers think is going on. Then let's stop it immediately because honestly what the heck guys.

Being a woman can absolutely suck sometimes.

You get periods, people catcall you on the street, and also there's systematic sexism.

Every now and then science not only confirms our worst suspicions of sexism.

It actually shows that things are worse than we thought.

However there was a new study that found some troubling trends about perceptions of attractive women.

What did the study find?

They conducted six tests to discover how truthful participants viewed men and women under various circumstances.

They shared the story of an executive announcing layoffs.

What did they find?

Women rated "attractive" were more likely to be considered untruthful, and participants even thought they should be fired.

Both men AND women held these biases.

It didn't matter what profession the executive was in: researchers tested fields both traditionally "feminine" and "masculine".

In the fifth study, the researchers asked some participants to think about a time they felt romantically secure. The people who had that prompt didn't have a bias against attractive women.

But asked if participants felt the woman should be fired.

The results were surprisingly the same.

People who felt secure didn't think the attractive women should be fired.

What the heck is going on with our hatred of attractive women?

The researchers do have a theory.

Although it is kind of a bummer.

It's called the "femme fatale effect."

And it's been around for hundreds if not thousands of years.

What the heck is that?

"Highly attractive women can be perceived as dangerous and that matters when we are assessing things like how much we trust them and whether we believe that what they are saying is truthful," said Leah Sheppard, lead author of the paper.

The problem works differently on men and women.

If another woman sees an attractive lady, evolutionarily she'll perceive a threat. Men, on the other hand, will see a potential partner but one who is attractive enough that she might be unfaithful.

Apparently, we all subconsciously judge women for what they do with their bodies.

Your brain is sexist.

It's bad and you should feel bad.

But if it's unconscious it's not our fault right?

Well honestly no. The researchers suggest that the more aware a person is of their biases, the less those biases affect them.

But a lot of people don't want to admit they believe stereotypes.

So they continue on in blissful, self-deceptive ignorance.

And who gets hurt?

Women who aren't attractive get punished constantly by society.

But now we find out that being good looking doesn't make it better.

Apparently, women are either lazy or deceitful.

It's astounding how powerful antiquated notions of women are.

Especially when those notions are rooted in controlling women's sexuality.

How about this for an idea:

The way a woman looks isn't any of your dang business.

And what's more, it doesn't affect whether she's capable or not.

It turns out that how a woman looks is irrelevant to her ability to do a job.

So for the love of everything.

Can we all recognize that we judge women based on how they look?

Because maybe, just maybe if we believe we do it...