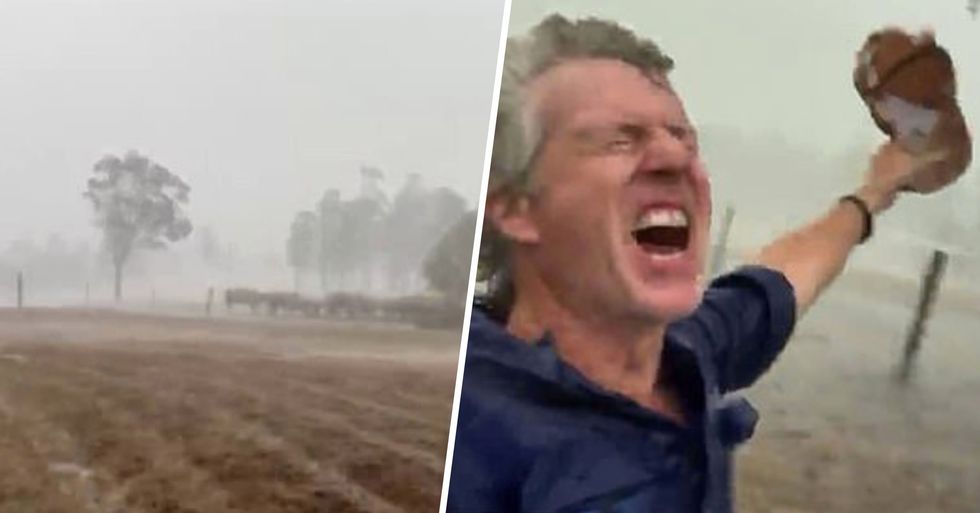 But we recently heard that a huge "rain bomb" was set to hit the drought-ridden country and it looks like we finally have some good news!

Farmers are taking to social media to express their contentment for the recent downpour... The videos speak for themselves.

Something amazing has happened...

Mother Earth seems to have heard the cries of millions of people.

Farmers all across the east coast have breathed a sigh of relief after heavy rain was forecast to hit the affected areas.

There are still concerns.

Although firefighters are overjoyed with the news of rain, there're are still concerns that the heavy storms could result in landslides, flash flooding, and contamination of clean water sources with the ash and debris left behind by the fire.

The damage is done.

Though the relief can be felt by everyone, it's clear that no amount of rain can rectify the destruction the fires have caused.

Not everyone is happy the rain is here.

At Sydney airport, the ground crew is struggling to keep the flight schedule on time.

Most people are loving it.

Especially one farmer from New South Wales. Keep scrolling to see what he did.

Enjoying the rain in his underpants.

Scientists say that more rain is needed to break the 3-year drought spell, but one man from Tottenham NSW is just living in the moment.

The joy is spreading.

Another farmer has taken to social media to share his opinions on the recent forecast. Keep scrolling to watch the video.

His animals are overjoyed.

The farmer shares a photo of his cows all stood trying to get the most of the rainfall, surrounded by puddles forming all around the property. 'My cows – here’s some rain to give you some feed,' he is heard saying to the animals. Watch the heartwarming video below.

The farmer runs out onto his farm, looking up to the sky and letting the rain fall on his face. 'Send it down. Let's get wet,' he said. Let's hope the rain continues.