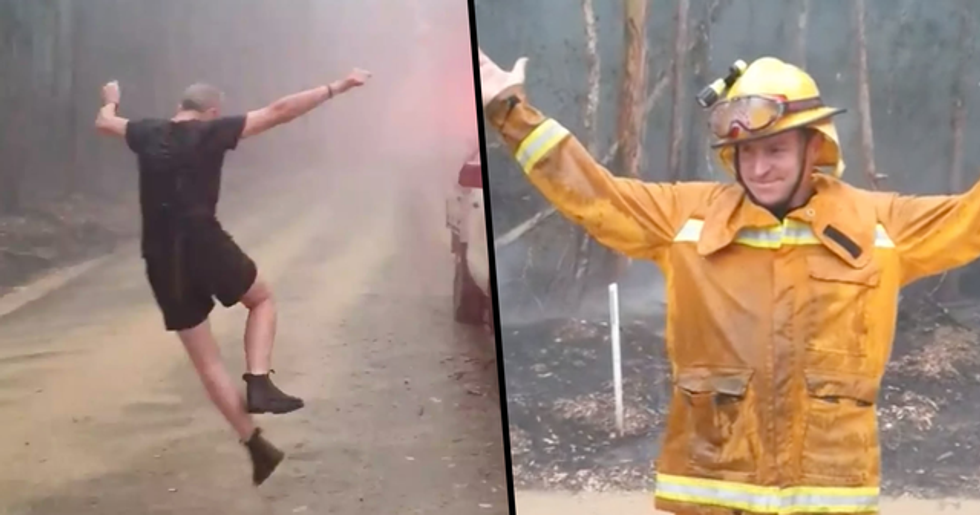 These natural fires cause devastation around the country every year, with hundreds of homes being destroyed and hundreds of miles of forests being completely torn apart.

For weeks now, the bushfires have raged on, killing over 1000 koalas and destroying thousands of acres of natural bushland. But there has been one glimmer of hope - A fire brigade in New South Wales was jubilant when the heavens opened and began pouring with rain... So jubilant, in fact, that they started dancing and celebrating.

The heartwarming footage was posted to Facebook and quickly went viral, with many praising the team for their tireless efforts.

Keep scrolling to watch their celebration...

Australia's native animals are also at a huge risk.

As many as 1000 koala bears have died, with an approximate 80% of the fireground footprint said to have encroached on prime koala habitat.

The Australian fire services have also been stretched to their limits.

Firefighters all over the country have been tirelessly battling the formidable fires for the last couple of weeks.

They haven't had a break.

And have been working around the clock to protect the environment, wildlife, and surrounding homes.

A little bit of rain is bound to raise their spirits.

Well, this is exactly what happened to one fire brigade.

Firefighters from the Leongatha Fire Brigade in New South Wales were visibly overjoyed when the heavens opened and dumped down a ton of rain.

It had been a gruelling few weeks for the team...

Who had all been battling to keep the blazes at bay in Rollands Plains.

The Leongatha Fire Brigade uploaded a video of their crew celebrating to Facebook...

And they wrote, "This is our crew in Rollands Plains in NSW at the moment with some very happy locals who have been on edge for over a month."

And they even had one enthusiastic local joining in with the celebrations...

They wrote, "This local has also been helping cook meals for all the Fire Fighters and locals that have been forced from their homes for the past 2 weeks."

The post has since been liked, shared and commented on by thousands of people online, who are all similarly excited at the prospect of the natural rain finally bringing an end to the horrific fires. For more on the current climate crisis, Australia is facing, keep scrolling to read about the grizzly fate their barrier reef faces...