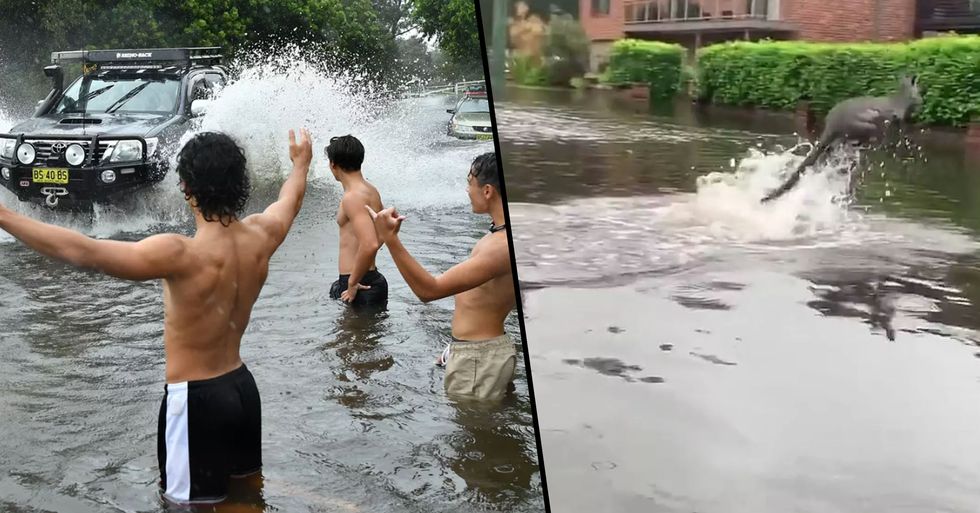 Australia is still in the midst of one of the worst bushfire crises the world has seen. Since September last year, entire communities have been engulfed by relentless heat and fires.

But now, we finally have some good news... Keep scrolling to find out more!

There have been fires reported in every state, but New South Wales is truly taking a beating by bush fires and is undoubtedly the hardest hit. More than 6,000 buildings have been destroyed.

NSW declared a state of emergency in December.

Sadly, Australia has only just entered summer, meaning temperatures could remain high for some weeks.

The country has been in desperate need of rain...

And after months of bushfires and years if drought... there's been some good news.

It's finally raining in Australia!

Eastern parts of Australia have finally received some rainfall, providing relief from the raging fires.

But sadly, the rain may cause more harm than good.

Quentin Grafton, a water expert and economics professor at the Australian National University, admitted that the rainfall isn' t all positive.

Speaking to Metro, Grafton explained: "At this stage, it's very good news, and certainly much more than people could have wished for or expected." "There are some very happy people." But sadly, the downpour hasn't been distributed evenly across the affected areas.

But there's no doubt there have been some major celebrations.

The New South Wales Rural Fire Service tweeted: "This is the most positive news we've had in some time." "The recent rainfall has assisted firefighters to put over 30 fires out since Friday. Some of these blazes have been burning for weeks and even months."

The rain has been a long time coming...

And while this rainfall may not be the end to Australia's problems, it has certainly been welcomed with open arms.